Will The Real Kemal Pasha Stand Up? 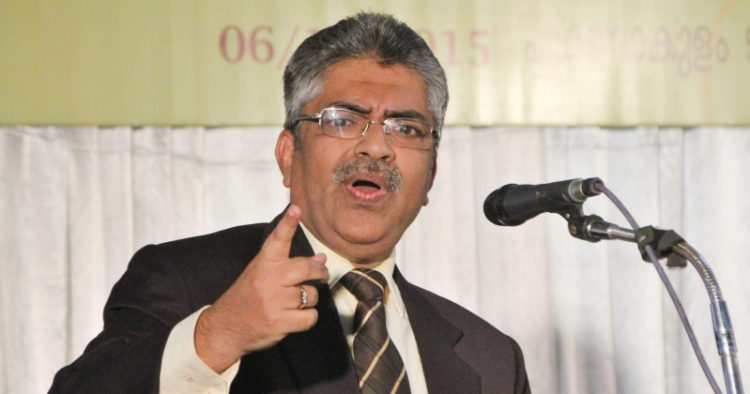 Like all Malayalis,I heard the name of Justice Kemal Pasha for the first time after his verdict against K M Mani. Mani had to resign. In the judgement Kemal Pasha quoted the old saying,”Caesar’s Wife Must Be Above Suspicion,” if I remembers right.

It means,People associated with public figures must not be suspected of being a part of any wrongdoing.

This phrase comes directly from a story about the Roman ruler Julius Caesar.  A man named Publius Clodius Pulcher sneaked into a party with the intention of seducing Caesar’s wife, Pompeia. This led to Publius’s arrest and trial. After the trial, Caesar divorced Pompeia. When people questioned what this might have had to do with the trial of Publius, Caesar said,“My wife ought not even to be under suspicion.”

Because Pompeia was under suspicion of illicit behavior, Caesar felt that he had to divorce her to protect his dignity.Caesar married Pompeia in 67 BC, after he had served as quaestor in Hispania, his first wife Cornelia having died in 69 BC. Caesar was the nephew of Gaius Marius, and Cornelia had been the daughter of Lucius Cornelius Cinna so that they were related to both the leaders of the losing populares side in the civil war of the 80s BC.

In 63 BC Caesar was elected to the position of the Pontifex Maximus, the chief priest of the Roman state religion, which came with an official residence on the Via Sacra. In 62 BC Pompeia hosted the festival of the Bona Dea (“good goddess”), which no man was permitted to attend, in this house. However a young patrician named Publius Clodius Pulcher managed to gain admittance disguised as a woman, apparently for the purpose of seducing Pompeia. He was caught and prosecuted for sacrilege. Caesar gave no evidence against Clodius at his trial, and he was acquitted. Nevertheless, Caesar divorced Pompeia, saying that “my wife ought not even to be under suspicion”. This gave rise to a proverb, sometimes expressed: “Caesar’s wife must be above suspicion”.

At the time of the Mani judgement,I felt that this maxim that Mr Pasha has a gender bias. My feeling is that not only Caesar’s wife, but Caesar himself should be above suspicion. If the male is above suspicion, the wife gets exonerated naturally.

Now, we have Kemal Pasha’s speech in Saudi Arabia, in which he advocates interpreting Quran in Muslim countries and in pluralistic countries like India differently.

He says: “The Quran should be interpreted here ( Saudi) and India differently. It should be interpreted differently in a pluralistic country, without sacrificing its principles. That interpretation should have general acceptance. The word Kafir ( infidel ) has bad connotations as far as other believers are concerned. Quran says,’ you believe in yours, I believe in mine’. This is a great idea. It endorses all religions.”

Kemal Pasha further states: “This is a Muslim country. The interpretation should be different in a democratic country”.

Mr Pasha is wrong. “You have your own religion,I have mine” is not what the prophet said. He said, “kill the infidels”. Swami Vivekananda has quoted this. An ideology that preaches killing is not a sane one. He is the only prophet who has killed people. It is an ideology of Himsa, whereas India has taught the world Ahimsa.

Islamic terrorism all over the world is spreading Himsa. It is killing its own people. No one has taken cudgels to destroy Islamic terror. Islam will be destroyed by itself.

If I am not mistaken, Kemal Pasha enrolled as an Advocate in 1979 and started practice in the same year at Kollam with Advocate P. Vijayaraghavan, a tolerant Hindu. Hence he shows some specks of secularism, while remaining a fanatic at heart.

Quran is not a text which can be interpreted in different ways,as Mr Pasha wishes, because it advocates monism. Has he ever seen a Marxist interpretation of that text, even from Irfan Habib?

No. Politicians use only the fanaticism, ingrained in that text.

So, where does Mr Pasha stand? In the secular or fanatic space?