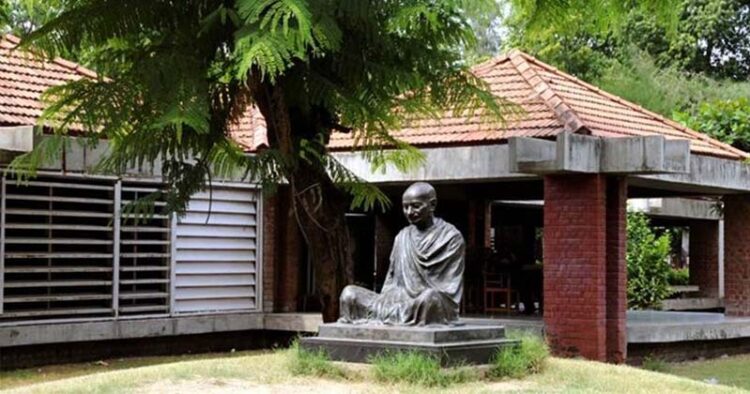 His ashram in the Indian city of Ahmedabad, like so much else in Mahatma Gandhi’s life, was essential and austere. However, between 1917 and 1930, these humble white bungalows on the banks of the Sabarmati River in Gujarat served as the throbbing heart of Gandhi’s nonviolent independence movement against British authority and his experiments in overturning India’s restrictive government caste system.

Gandhi, who would lead India to freedom and as a worldwide peace hero, departed the Sabarmati ashram in 1930, never returning. It has since become one of India’s holiest locations. During their visits to India, Nelson Mandela, Bill Clinton, Xi Jinping, Benjamin Netanyahu, and, most recently, Donald Trump all stopped by.

The government is planning to convert the site into a “world-class tourist attraction” at a whopping cost of 12 billion rupees (£117 million).

The ashram, which is in the heart of Ahmedabad, a metropolis of eight million people, has succumbed to urbanisation strains over the years. Its once-vast 48-hectare (120-acre) grounds must be less than two hectares, and a major four-lane motorway has through them. The surrounding neighborhood became overrun with run-down houses, concrete motels, roadside cafés, and tacky tourist souvenir stores.

For years, there have been discussions on rehabilitating the Sabarmati ashram grounds. Still, little has progressed since six separate trusts manage the facility with diverse interests and goals. That is until the Indian government intervened and assumed control.

The ashram property will be enlarged to 20 hectares and given a sleek makeover, with new Gandhi museums and monuments created and existing facilities demolished under their new development plan, which is being administered directly from the prime minister’s office. 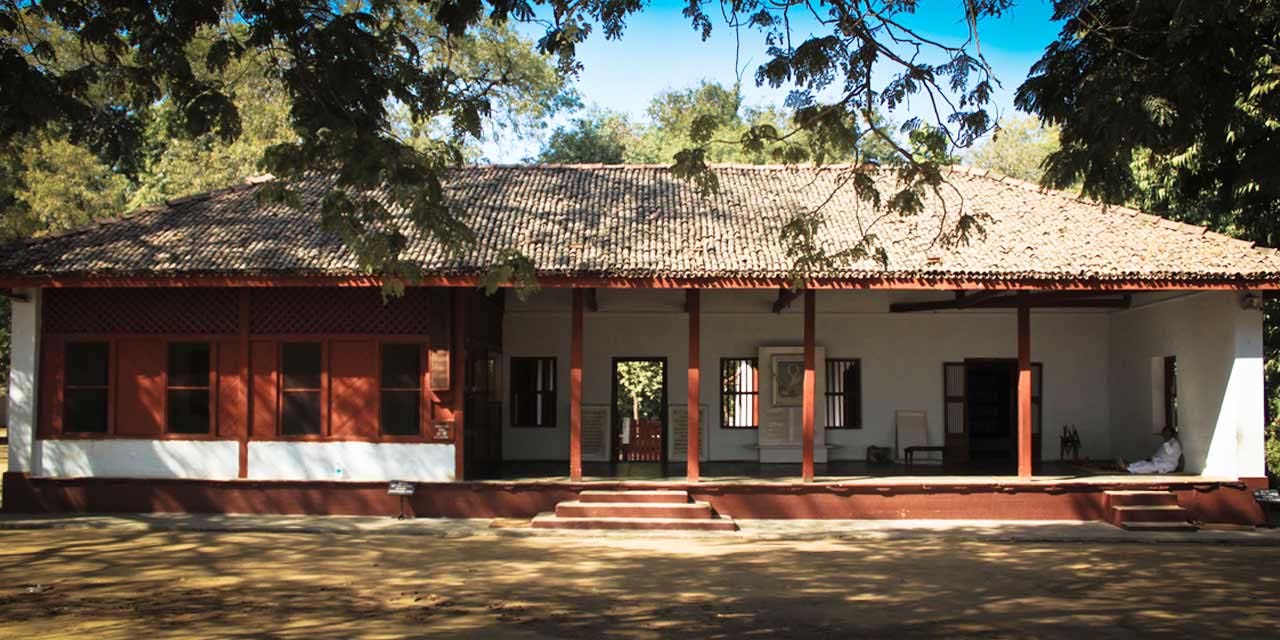 The Sabarmati Ashram Redevelopment Project, also known as the Gandhi Ashram Memorial and Precinct Development Project, has been in the pipeline since 2019. However, the state government issued a formal notification about the project only on March 5, 2021.

As per the project, the 65 heritage structures standing in 35 of the 100 acres of land on the Ashram campus will be integrated into one composite land parcel. They will be redeveloped to highlight the activities of the original Ashram and Gandhi’s lifestyle as well. The original Ashram, which stands on 47 acres, will remain untouched. Gandhi had stayed there along with his wife Kasturba for 13 years.

The Gujarat government’s notification states that several structures which “oppose the simple nobility of Bapu’s abode” and were built after Independence will be demolished. Apart from that, a new museum will be created on the Ashram campus. A food court and a parking area with a capacity of 200 cars will be created. A statue of Mahatma Gandhi, made by sculptor Kanti Patel in the 1960s, will be relocated from the Income Tax Junction in the city to the Ashram.

An Ahmedabad-based firm, HCP Design, Planning and Management Private Limited, is going to work out the redevelopment plan. Headed by Bimal Patel, the company is also involved in the development of the Central Vista in New Delhi, Varanasi’s Kashi Vishwanath Corridor Project and Ayodhya’s Ram temple. Earlier, it had designed Swarnim Sankul, a complex of the Gujarat legislative assembly in Gandhinagar.

The state government has also undertaken the redevelopment of 126-year-old Sabarmati Central Jail, which housed several freedom fighters including Lokmanya Bal Gangadhar Tilak, Mahatma Gandhi and Sardar Vallabhbhai Patel. Initially, the façade and a front portion, which house the administrative section of the prison, will be renovated in the next six months. Though the façade has been demolished, it will retain its look after the renovation. The dilapidated structure was demolished because of prisoners’ safety. The renovated building will have a new visiting room where there will be a glass separation between the inmates and visitors. They will be able to communicate through phones. The offices within the prison premises will also be renovated. The Sabarmati Central Jail was built in 1891.

The Sabarmati Ashram Preservation and Memorial Trust (SAPMT), which takes care of Hriday Kunj and the adjoining museum designed by architect Charles Correa, has maintained that the Ashram will always remain as a message of Gandhi’s simplicity.

Initially, Gandhi set up his Ashram at a bungalow owned by his friend Jivanlal Desai. He shifted the Ashram to the present location later. Gandhi had begun the salt satyagraha, popularly known as ‘Dandi March’, from a location situated close to Sabarmati Ashram. He started writing his autobiography, Satyana Prayoga Athava Atmakatha, which was later translated into English as The Story of My Experiments With Truth, while staying in his Ashram.

A legend goes that Gandhi had vowed that he would never return to Sabarmati Ashram till India gained Independence. He could not return to the Ashram even after August 15, 1947, as he was assassinated within six months.

Tushar Gandhi has petitioned India’s Supreme Court to stop the construction. He said, “If Bapu [spiritual father] were living today, he would never consent to this.”

Ashoke Chatterjee, a trustee for the Sabarmati Ashram Preservation and Memorial Trust – one of the six trusts that look after the ashram, made assurances that the redevelopment plans were still in their very early stages and that, through a “relatively collaborative” process, the government had agreed that the original ashram ethos and heritage buildings would remain preserved.

The Sabarmati Ashram stands on 100 acres on the banks of the Sabarmati river. Of this, 47 acres are occupied by the memorial. Hruday Kunj is a part of this memorial. The rest of the 53 acres house other heritage structures and houses. The Ashram was divided into five trusts—SAPMT, Sabarmati Ashram Gaushala Trust, Harijan Sevak Sangh, Khadi Gramodyog Prayog Samiti and Harijan Ashram Trust—after Independence.

Apart from these trusts, around 200 families too have stakes in the Ashram’s land. Mostly from Schedule Caste communities, these families are the descendants of the original Ashram inhabitants, who live in and around its premises. The government has offered them Rs 40 lakh each as compensation instead of vacating their properties.

The redevelopment has also faced criticism over the decision to evict the 400 or so families living in the ashram grounds. For almost two years, the residents protested against their eviction but now over half have accepted what the government described as a “generous” package: either 6 million rupees compensation or a new four-bedroom high-rise apartment.