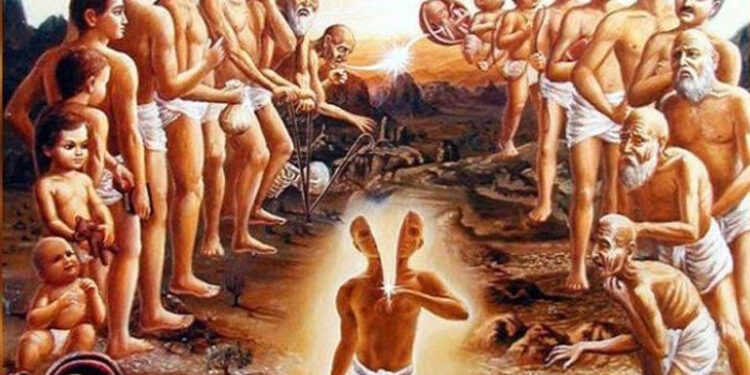 The alternatives to the doctrine of Karma and Rebirth are: the positing of a partial and unjust God or to accept the theory that the origin of this universe lies in an accident or chaos. These alternatives satisfy neither the theologian nor the logician and much less a scientist. As already pointed out, this theory of Karma is the most sensible and reasonable hypothesis which helps not only explaining the gradation and variety in the universe but also in leading a good life.

As regards the objection as such, we say that quite the opposite effect will be produced if the doctrine is properly understood and applied. ‘If my present state is the result of my previous actions, that gives me a tremendous hope and opportunity for shaping my future by my present action’–this is the Hindu attitude. Consequently a Hindu who has understood the spirit of the Karma theory is a dynamic believer in himself. Of course, fatalism and lethargy have often crept in to the detriment of the Hindus. But this is solely due to the misunderstanding of the Karma theory. Ignorant and half-baked people who misunderstand and misapply even sublime theories are not confined to the Hindu society alone but will be found all over the world.

Tags: What Every Hindu Ought To Know
Share9TweetSendShare