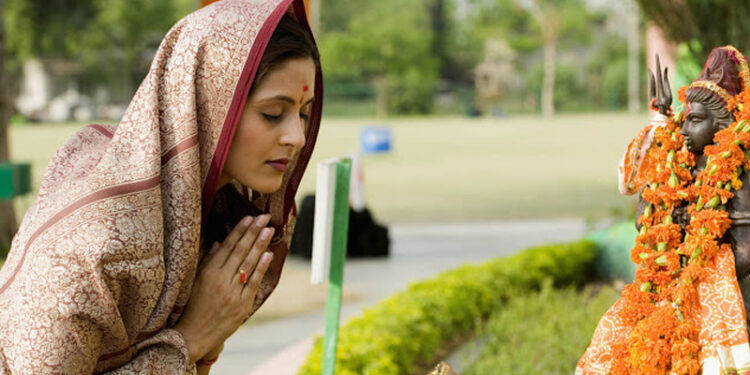 In spite of its most sublime theories, universal doctrines and an unlimited capacity for tolerance and adjustment, no religion on earth has perhaps been so much misunderstood, deliberately distorted and mercilessly criticised as this ‘Mother of all religions’. Brushing aside all unjust criticism based more on spite than on solid truths, it is still worthwhile considering some of the more common, apparently reasonable and sometimes genuine, criticisms in the spirit of an honest enquiry after truth.

FIRST OBJECTION: There are innumerable gods and goddesses in Hinduism as also countless religious works leading its adherents to utter confusion and bewilderment.

Well, this may appear so to one who has not understood the spirit of Hinduism. But to one who has understood that it is one and the same God that has manifested Himself through all these forms, there is no problem, no confusion, much less any bewilderment. One who has known the nature of water will never be confused or bewildered if he encounters ice, bubble or steam. Rig Veda itself has unequivocally declared that the Truth is one and the sages call it by various names. As regards the countless religious works, they are meant for different types of people who are in various stages of intellectual and spiritual evolution. A post-graduate student and a higher secondary student are not supposed to exchange their text-books and thereby get bewildered! It is here that a correct understanding and appreciation of the doctrine of Adhikára Bheda comes to our aid.

SECOND OBJECTION: Hinduism preaches rank idolatry and encourages superstition.
Idolatry means worship of idols considering that they themselves are God. No Hindu ever worships a stone or a metal image with this attitude. He always worships God through them. If an objection is raised even against this, then there is no reason why the Christians who worship the image of Jesus and the Bible or the Mohammedans who kiss the Kaaba stone or the patriots who salute the national flag, should not be dubbed as idolaters!

Even Hinduism considers image-worship as only the primary step–like using an abacus to teach arithmetic to children–and exhorts its votaries to rise gradually to the highest level wherein they will have the direct experience of the all-pervading Supreme Power.

As for superstition, the less we talk the better. The merciless witch-hunting carried on in Europe during the middle ages or the considering of number thirteen as unlucky even during this twentieth century by the Western society, are just two concrete examples which reveal who is really more superstitious. Actually most of the Hindu practices dubbed as superstitions have deeper philosophical and psychological truths behind them than meets the eye. Even granting that superstitions do exist, they are all harmless. It is for better to have harmless superstitions than nurture such ones which have been responsible for the reckless killing of old women or chameleons!

Lastly, the blind belief of the modern man in science and technology, as if they are omnipotent, forgetting that they have miserably failed to give him peace of mind (which alone is the aim of life) is the greatest superstition of all!

Tags: What Every Hindu Ought To Know
Share5TweetSendShare