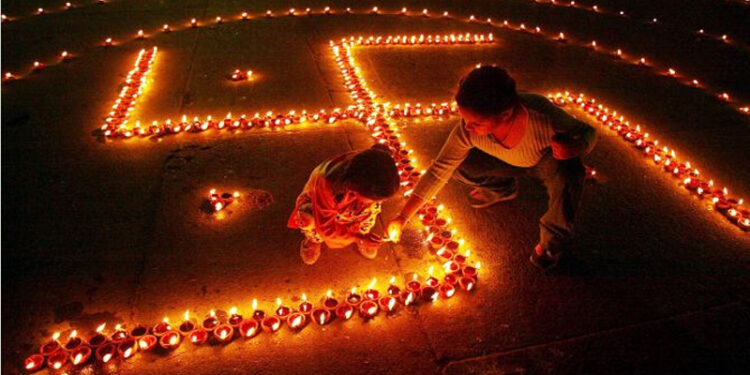 It is this very universality of Hinduism that carried it far and wide into the world beyond the borders of Bhárat. Along with its civilization and culture, philosophies, arts and sciences, mythology and rituals, Hinduism has practically inundated all the major cultural regions of the world. It is a well-known historical fact that the countries of South East Asia, Ceylon, West Asia, part of the African continent, Europe and America are full of the impress of Hindu culture and civilization. The Sanskrit language, the two great Epics, temples dedicated to Shiva, Vishnu and Ganapati, and a few of the rituals and sacraments are to be found even today in Malaysia, Singapore, Indonesia, Cambodia and the Philippines. There is overwhelming evidence to show that the great sage Agastya journeyed to those lands, spreading the unfailing message of the Eternal Religion. Shustery says in his Outlines of Islamic Culture that the Haj pilgrim while approaching the great Mosque at Mecca had to wear the dhoti and the uttaræya (upper cloth)! As regards the teaching of the Christian missionaries like Plotinus, Clement, Gregory, Augustine and others Dean Inge was obliged to declare: “It is the ancient religion of the Bráhmins (that is) masquerading in the clothes borrowed from the Jewish, Gnostic, Manichaeanand Neo-Platonic allegories.” Diwan Chamanlal has accumulated unassailable mass of evidence in his Hindu America to show that the Hindus migrated to the American continent long before Columbus. The effect of Hindu culture is evident even to this day, especially in Mexico.Should we not be proud of this?