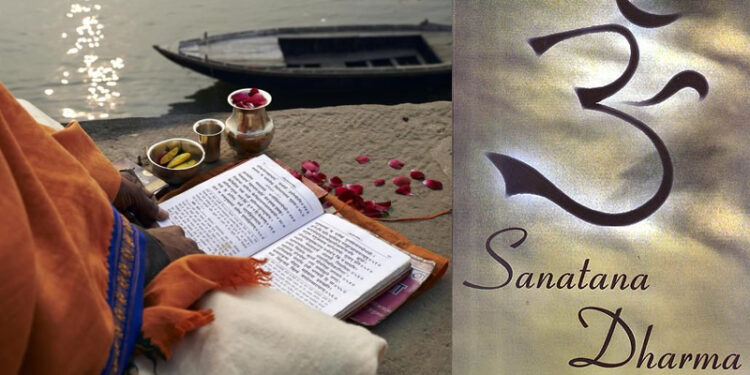 Any religion to be universally acceptable, must appeal both to the head and to the heart of the maximum number of people. And Hinduism does it. The dizzy heights of its Advaita philosophy can easily slake the thirst of the brainiest of philosophers. Its conception of the Personal God can more than satisfy the refined theologians. The modes of Bhakti enunciated as well as the rituals recommended soothe the hearts of the emotional types. The advocates of activism are easily accommodated by the doctrine of selfless action. And the mystics can always count upon Yoga.

Hinduism considers that man is potentially divine and not a sinner. Hence even the worst of ‘sinners’ finds a place in its bosom. He has not committed any sin but only mistakes, says Hinduism, because he had forgotten his essentially divine nature! What a wonderful doctrine! What a marvellous psychology!

By declaring that the whole universe is but the projection of the Cosmic Mind, and that a fundamental thread of unity passes through the innumerable and diverse manifestations in it, Hinduism carries conviction to the modern scientists also.

Even the agnostics and the atheists find a place in it because Hinduism preaches that to be good and to do good is the whole of religion, all other things being secondary.

Gross materialists, instead of being con-demned, are advised to be a little less selfish while enjoying the good things of life!

If this is not the Religion Universal which other one can be? In fact Hinduism being more a way of life than a dogmatic creed, the whole of humanity ever struggling from lower truths to higher truths come under its protective wings whether they accept it or not!