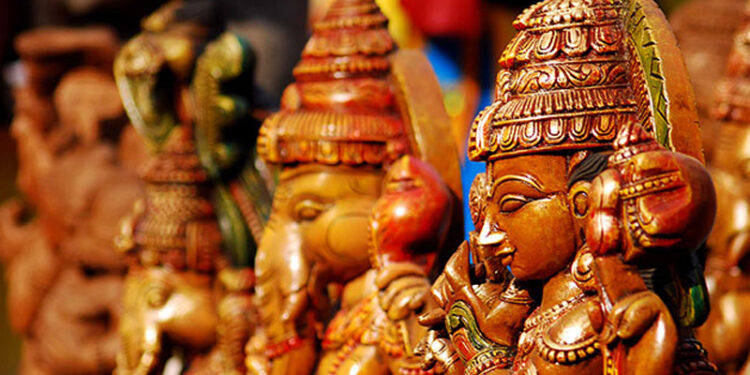 Hinduism has made a very significant contribution to world thought in propounding the three doctrines of Karma and Rebirth, Adhikára Bheda and Avatára Váda.

The doctrine of Karma is nothing but the extension of the well-known principle, ‘As you sow, so you reap’, to the moral and spiritual field. We have to reap the consequences of our actions sooner or later. The present is the result of the past and the future will be the result of the present.

The doctrine of rebirth is a logical corollary of this theory of Karma. We may burn our finger in fire for only a few seconds but it takes a couple of weeks (=12 million seconds!) to be cured of it completely. Similarly since it is not possible to experience the result of all the actions that we do in one short life, it is reasonable to admit of our future lives. The wide variety and differences among human beings which have no logical connection with the present life, force us to hypothesise about their causes existing in past lives and resulting in the present ones. Since Hinduism posits the soul as eternal and immortal, the theory of Karma and Rebirth fits in admirably with it. This is the best hypothesis that the human mind can conceive of, to solve the problem of good and evil, to explain the variety and diversity in the universe.

The doctrine of Adhikára Bheda is a recognition of the simple fact that the same cap cannot fit everybody. In any field especially in the spiritual field, capacity and necessity should be the deciding factors and not merely the desire or ambition. A blind man is certainly unfit to become a pilot and the lame should never attempt mountain-climbing, however intense their desires may be! That is why like a loving mother catering to her children with a variety of dishes depending upon their digestive capacities, Hinduism has opened up manifold spiritual paths to suit a variety of tastes and temperaments. If the intellectual is recommended Jðána Yoga, the active person finds an outlet for his energies in Karma Yoga. If the emotional type finds a solace in Bhakti Yoga, the introspective one finds his peace in Rája Yoga. Thus no one need be dis-appointed.

The Avatára Váda–the doctrine of descent of God on earth–declares that the Supreme Power descends on this earth wherever and whenever necessary to restore the spiritual balance and to help genuine religious aspirants in their struggle for perfection. This is truly a marvellous doctrine filling the hearts of millions of aspirants with tremendous hope. An unbiased study of the spiritual history of mankind proves this beyond all doubt. It is foolish to limit the powers and capacities of the Almighty God by arguing that He descended only once in a particular chosen land and that He will never come again. Regimentation in religion and proselytisation with political motives which are doing immense harm to humanity have their origin in such bigotry.