The Victorious Verdict of Sree Padmanabha 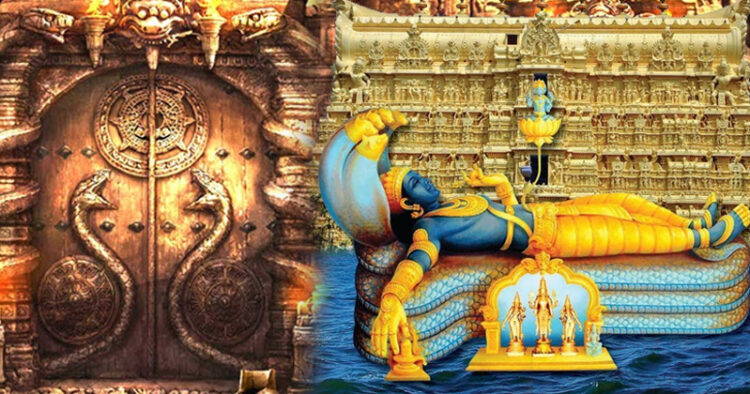 A treaty called Covenant was signed with Indian government in May 1949 by Sree Chithira Tirunal Balarama Varma who was  then the administrator of Travancore State. It was for making a joint State of Travancore and Cochin as a part of  of the annexation of princely states to Indian Union. Under this vast and historic agreement,  the  ownership and management of the Sri Padmanabha Swamy Temple, were fully vested in the royal family. After the death of Sri Chithira Thirunal Balaramavarma on July 19, 1991, his younger brother Uthradam Thirunal Marthanda Varma became the heir to the royal family according to the customs and rules of the royal family.The state of Thiru-Kochi, formed by the Covenant, passed a law on temples in 1950 called the Travancore-Kochi Hindu Religious Institutions Act, which stated that the ownership and ownership of property and operation of Sreepadmanabhaswamy temple, along with many other matters, would be vested in the royal family of Travancore. It was later approved by the newly formed Kerala State Legislative Assembly.In the case of the Padmanabhaswamy Temple and the  properties, the rights of the King of Travancore before the Covenant came into force under this Act, were retained and given legal protection beyond question even in the Supreme Court.

The temple came into serious attention due to the huge treasure secured inside it. The vaults inside the temple contains valuable treasures in the form of money, ornaments, precious stones, etc. The vault B  is said to be inside the sanctum sanctorium of the temple which cannot be easily accessed. The immense wealth inside the vaults are believed to be worth more than or nearer to six lakh crores of indian rupees. It is on these huge treasure the communists and their sympathizers are having an eye at.

However, in 2007, with the backing of some political organizations, some individuals filed a complaint in court at Thiruvananthapuram seeking an injunction restraining the temple authorities from opening the six vaults located inside the temple. Later in 2009, a temple employee and in the same year an organization of temple workers approached the  court , raising various issues.Then in 2009 TP. Sundararajan, a lawyer, has filed a petition in the Kerala High Court to take over the administration of the temple like the Guruvayur temple administration challenging the authority of the temple’s executive officer. In 2010, Marthanda Varma, the heir apparent to the Travancore royal family, filed a petition in the Kerala High Court seeking the transfer of lower court cases to the High Court for establishment of the royal family’s ownership of the temple and the rights of the royal family under the Covenant . After examining these complaints and the incidents that led to them, various laws pertaining to the temple and the existing constitution of the country, a bench comprising Justice C.N. Ramachandran Nair, and Justice K.  Surendramohan delivered the verdict in 2011.

The main issues mentioned in the verdict are as follows:

Following the High Court judgment, the Travancore royal family lost its rights, authority and control over the temple and the temple came under the control of the state government. It was also proposed to set up a museum to display the temple’s treasures and turn it into an exhibition object for the public. The royal family approached the Supreme Court against this.

After the formation of the state of Kerala, successive state governments and administrations have a history of abusing temples and allied systems, viewing it as a source of income. Moreover, for years the Marxist party has been trying to implement a scheme to destroy temples and hence spiritual values, create insecurity in the Hindu community and enslave them to their ideology by using covert tactics. Devotees were shocked to hear of the Kerala High Court’s decision in favor of this. The High Court verdict was a major blow to the stand of devotees and Hindu organizations that temple administration should be politically neutral.

It was with the realization that the treasures of the Lord that were all kept in the vaults were much valuable and  were kept as part of the ritual plan of the temple that has existed since prehistoric times . But the decision to turn it into an exhibition object by measuring only its value as a mere archaeological or commercial object has left deep scars on the minds of the royal family and the pious people.Moreover, if such moves are backed by a court order, political conspiracies to turn temples into centers of commerce and spirituality will intensify.Corruption and mismanagement by the Devaswom Boards, a fully government-controlled body, under the misconception that they are independent, is a hotly debated topic.

The CPM government was trying to seize control of the temple on the model of Guruvayur. But the Supreme Court ruling shattered all these hopes. The Supreme Court ruling mainly raised the question of whether the royal family would have authority over the temple, especially through the Covenant. It was argued that the abolition of the Privy purse in 1971 by the 26th Amendment to the Constitution would also affect the ownership of Sree Padmanabhan and hence the palace had no authority over the temple. Marthanda Varma, who had subjugated with all his possessions throughout the country to Lord Padmanabha, had declared that he would rule for Sri Padmanabha as his entire lineage as Padmanabha’s servants. Therefore, Sree Chithira Tirunal convinced V P Menon that he did not have the authority to merge the country of Travancore with the Indian Union. The authority of the royal family in the temple was clearly stated  in the Covenant made with the kings On May 27, 1949, when the Constitution was drafted.At the same time, the administration of other temples is also clarified in the covenant .

Although the constitutional amendment abolished the powers and rights given to kings, it did not amend the items related to Padmanabhaswamy Temple, which is contained in parts 18-23 of Part I of Chapter III. Therefore, the court rejected the premise that with the departure of Maharaja Chithira Thirunal, the power of the last king was exhausted.The court pointed out that the authority in the name of Padmanabha Dasan is timelss. It does not end with the death of a king. With this discovery, the power and rights of the royal family over the temple became complete.For this, the Supreme Court has comprehensively evaluated the entire history of Travancore. The court underlined the historical fact that Padmanabhan was the family deity of the Travancore royal family and the favorite deity of the people. And the relationship with the royal family and the temple were also underlined.