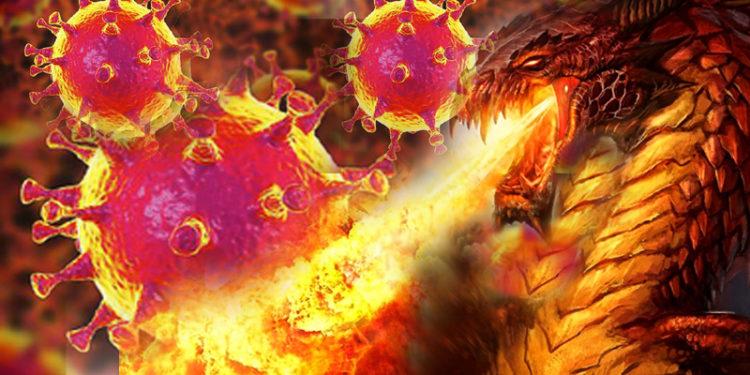 When we look back to history it can be seen that mankind has faced innumerable threats to existence time and again. One of the ever catastrophic pandemic, Plague, whipped out 200 million people from earth when the world population at that time was merely 500 million. Many epidemics like Malaria, Smallpox, Tuberculosis, etc… have reverberated throughout the world and mankind in different times. Most of the epidemics have either got eradicated or surrendered to medical science. But there is always something with nature to threaten the human race and it will rise one after another. HIV,NIPAH,EBOLA etc.. are few of such challenges which generated in 20th century.

History moved with multiple speed in the 20th century than previous. We achieved manifold development compared to the whole past in last 100 years. It’s so interesting to go behind the reasons of this reality and  we will reach the two world wars especially ,the second world war which happened during 1939-45.

The new world order emerged after the second world war got a very high degree of importance to humanity and most of the imperial interests of big nations ended up to a great extend. There is a role in the world affairs for big countries like Russia and tiny nations like Fiji and even such countries also got existential rights without the fear of conquering. This happened because of the lessons from the second world war.

Real achievement is in the field of science and technology such as aviation, medical science, atomic energy, space, etc. All segments which mankind has reached sky high has started during the researches in the defence field during the second world war.

The four decades long cold war between US and USSR where the world divided over two ,  has made man for the giant leap, to reach the moon, supersonic sorties etc.. Even the oxygen of modern world, the internet, all are from the Defence researches of 1980s.

The mere inference here is nothing but wars can’t be termed only in negative meaning, but it’s a reality that it paves the way for development too. The horrible experience of two nuclear bombs which burnt away Hiroshima and Nagasaki has kept away from nuclear war, even the dreaded enemies, which is one of the greatest lessons of humanity from dreadful war.

If there is another world war, the deciding factor will not be traditional weaponry or nuclear arms, but chemical, biological and neutron weapons. This is a theory formulated in the 1960s, but the developments in the recent past indicate the practical possibilities of the same.

Reports reveal that chemical weapons are getting outdated and are being replaced by more technologically advanced biological weapons. Viruses that caused many epidemics but eradicated from earth is still kept in passive forms for vaccine research and trials in different parts of the world. Lot of researches are going to explore the versatile possibilities of Biotechnology by advanced as well as advancing nations.

Biotechnology is one of the segments where maximum researches are happening. It’s innumerable to say that the quantum of studies going on here such as cloning, which to recreate a living creature from a cell, artificial mutation of DNA structure and so on. Most of the researches are for cancer treatments and new molecules for pharmacology, but there is another side where the possibilities to misuse the same exists. This is the reason why the international community is worried over the ethics to be followed.

A virus is just a DNA particle which is unable to become a complete living creature during evolution. So, every virus needs a living cell to survive and reproduction. If we look back, it will be seen that most of the viruses that caused epidemics have sourced from animals and rodents, like Plague through Rats, Malaria through Mosquito, AIDS from a type of  African Monkeys, etc… But, unlike in the past it’s very strange that the virus of covid-19, the Corona is spreading only human to human which is a fearful indicator of a conspiracy towards entire mankind.

Biotechnology is advancing towards artificial mutation of DNA structure on our wish and will. It’s not a science fiction myth that a scientist can decide about the characteristics of a molecule in coming days but it is very close to reality. It will be catastrophic  beyond imagination to mankind when a  a society which has no ethics or humanity acquire such capability and there are  reasons to believe that a  dress rehearsal of the  same is going on now worldwide in the form of Corona.

As discussed earlier, an important question is still remained unanswered ie. how a virus that spreads only between human systems infected the first person?

It is an evident fact that there is no place for any kind of ethics and human values in Chinese society. They eat everything, including cat, caterpillar, rats and any living creature on earth sky and water living or dead. Such a savage character can be seen intheir every minute attitude. If we look back to history, most cruel and inhuman execution method like “death with thousand cuts” existed even 150 years back. Note this, when all communist autocracies were crushed in the last century, only China and North Korea have survived. The reason behind this is nothing but the wavelength matching between the mindsets.

Most of the researches by misusing the possibilities of Biotechnology which even challenge the natural existence of mankind such as artificial intelligence, human cloning are going on in China. Reports say human trials are taking place on prisoners just like cosmetic and pharma trials on Jews prisoners by Germany during the Second’ World War.

A few of the biggest and sophisticated virology labs in the world are situated in the Wuhan in China, the epicentre of Corona outbreak. Samples of most of all dangerous viruses are kept here. The reports which crossed the big walls say, any of such artificially mutated virus leaked out knowingly or unknowingly had caused the pandemic which had put the entire world on ventilator bed. The outbreak which started in mid November was cunningly covered for two months. Dr. Lee , the physician who revealed the presence of a strange virus first time has got punished by the authorities. Later he also got  surrendered to the pandemic. Usual Chinese new year celebrations have held with all aristocracy when the pandemic swallowed the region like wildfire.

The Lab authorities themselves indicated that the outbreak happened from virology institutes in Wuhan. South China University of Technology initially released a press report which says that  Intermediate Horseshoe Bat is the primary source of Corona Virus. But such bats are hardly present around thousand kilometres of Wuhan.

Two institutions, the Wuhan Centre for Disease control and Prevention and Wuhan institute of Virology are the two institutions under close watch. Their activities are in Biotechnology and Virology are still covered with topmost secrecy. Chinese authorities initially revealed that the outbreak started from the employees of the institutions while they visited the nearby wet market, the place which sell living animals. But, it’s not credible because the above said bats are not sold in this market

So, the simple inference is that, the virus got infected to the employees in the institution internally and they spread the same in society.

Likewise, Chinese backstabbed the entire mankind, especially Italy. More than one lac of Chinese labourers were the in Italy in connection with textile industry. Those who returned after the new year celebrations in Wuhan had become part of the Italian tourist promotion programme, “Hug the Chinese”. Thousands of local citizens were hugging their Chinese counterparts and majority became infected and in a month’ time entire Italy transformed into an open grave.

As per the official reports from China, the total number of death is around 4000. But many other reports say this number is more than 40000. Nearly 15 million of mobile connections of the three major networks disappeared from the system for last two months. Only time can tell the truth on what happened to the owners of these connections. One thing is evident that the data released by Chinese authorities is not at all credible as per the history of communist autocracy. The same Chinese said to the world after the notorious Tianmen massacre that only forty has deceased, but how many thousands got crushed under military tanks is still unknown.

Two world wars happened in the last century were due to the racism and conquering spirit of Germany. After the Second World War, allied forces and UN focussed more to eliminate this mindset and it was successful to a great extend. The axis powers at that time, Italy-Germany-Japan wasre notorious for cruelty and inhuman activities, but are now totally development oriented and peaceful societies. But the new incarnation of the axis powers has started growing in post cold war world order. It’s nothing but the unholy nexus between South Korea, China and Pakistan. All three are nuclear powers and much stronger than old axis powers. The most important fact is that, two of these, Pakistan and China are arch rivals of India and sharing terrestrial boarder of thousands of kilometres. Old axis powers, Japan, Italy and Germany are geographically far nations, but China, Pakistan and North Korea are neighbouring countries and this add the vulnerability to other nearby countries especially India. It’s a clear Jihadi-Communist nexus which have no ethical values and going to be one of the most dangerous deadly partnership to our planet.

Crookedness and cruelty of this international hooligan country become more and more evident while we review the situations of the Chinese covid in detail. Now it’s a life challenging situation created in US and Europe. Things are under control in India because the authorities handled the situation maturely and with farsightedness.

There are all reasons to think that their plan was to spread this virus through the labour force in Europe and US first and then in India. If so, the whole paternity would go to the western countries and Chinese could be exploring the situation in the coming years. A grand master plan evolved behind the great wall.

Now, China manufacturing and exporting masks and basic medical equipments in very large scale for exporting to the much needy countries. Chinese companies run around the world for new contracts and business. Due to the ongoing situation and desperation European nations forced to depend on Chinese firms. But India is in absolute control which is out of their calculation.

But their much calculated planning was gone out of control somewhere. Only fate has played a role while Dr. Lee spoke out the truth of the outbreak in December. Chinese authorities have punished that physician for standing with the truth and they have done the level best to hide these pandemic and successful for two months. Despite  all these efforts, news of Wuhan outbreak has spread over the world much before outbreak in Italy and Europe.

So, there is a genuine chance that the outbreak of the pandemic,  which the whole world undergoing unlike before, is a dress rehearsal of futuristic biological warfare. We need to remember the words of Manohar Parikar, an IIT technocrat turned defence minister of India, that we should be prepared to face the biological weapons from our neighbourhood. Anyway, future global society needs much attention to the dreadful dragon behind the great wall.