The Jihadi-Left axis to destabilize Kerala 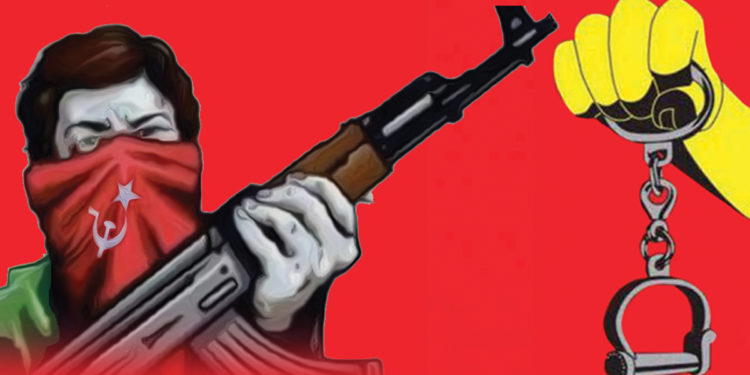 No matter how much you try to bury the truth, it will come out again. CPM district secretary P Mohanan’s statement that Islamist extremists are providing supplements for the growth of Maoists indicates this.

The district leadership of the CPM has now confirmed the allegation made by the Sangh Parivar organizations for a long time. The Communists will always have very late revelations regarding many issues. Whether it be the   case with independence, Sabarimala or development.  The influence of Muslim fundamentalists was evident in the Communist Party of India when it was formed in Tashkent in 1920.

The Communist Party of India (CPI) was formed by the Second Comintern which called back  to Tashkent the religious fanatics who went from India to Turkey to oust Khalifa Kamal Pasha, who came in power with the help of Britain in Turkey. May be because of this, that the Communist Party of India has always had a Muslim soft attitude. In 1947 they supported Jinnah’s bipartisanship.Resolution was passed that the country should be divided into several provinces. But these anti-nationalist views of the Communist Party did not materialize in India after independence, but they succeeded in implementing their Muslim appeasement policy in Kerala. The speech by communist leader A K Goplan in1946 at Perinthalmanna praising the Mapila riots of 1921 was the beginning of it. It was as follows: ‘Whoever you are , be a Hindu or Muslim, if you are an anti-imperialist and think of ending this unworthy British rule, you must take the lessons of the courageous struggle in 1921 by the  patriotic youth of this country .For three months they expelled the British Empire from the area. The model was shown by the implementation of the Quit India Resolution. Ali Muslyar did it. ‘

At a time when the Congress and even the Muslim League were loath to make such a statement about the Mapila Riots, AK Gopalan called on to follow the path of communal riots that massacred hundreds of Hindus and converted thousands. In 1957 the Communist Party went a step further. They declared the Mappila Mutiny a rebellion and a brave struggle against the British and announced many favours for the rebels. Later, the LDF governments built a monument to Ali Musliyar (the foundation stone was laid by Minister Sivadasa Menon) and the Wagon tragedy memorial (by municipal council) at Tirur.

In 1967, the EMS government gave special consideration to the Arabic language. Mukri and Mollakas (Islamic preachers), who didn’t  had even school education, were appointed as language teachers. In spite of the objections from nationalists like K.Kelappan and surrendering to the Muslim League, they formed a district (Malappuram) for the Muslims covering the areas affected by riots.

The Communist Party stood with the Muslim League and the communalist aggressors during the 1968 angaadipuram Tali temple agitation also.

The Muslim fanaticism which strung out due to their religious enmity in the 1921 riots got a little degenerated by their own activities. It was during that time AKG and EMS brought these forces back from their dwindled state and put fire to religious hatred.The Communist Party benefited from this. Many Muslim families who relied on the Muslim League began to join the Communist Party.  They were led by E.K. Imbichibawa, Paloli Mohammed kutty and Kunjali in Nilambur.  In 1989, they took advantage of the split of  Sunni group, Samastha Kerala Jamiyyathul Ulama and made the Kanthapuram Abu Bakar Muslim group their side. They were known as the sickle Sunni. The Communist Party promoted Madani’s terrorism . Madani was spouting religious hatred in the Nayanar regime when he was declared fugitive in 50 cases. The Kerala Police did not take action. Madani grew up to a terrible terrorist.  Religious hostility of Muslims in Kerala started increasing. It was during this same period that EMS compared Madani  to Mahatma for votes. Finally, the Communist Party tried to save Madani, who was imprisoned in the Coimbatore blast case. In 2006, the CPI (M) together with the  Congress passed a resolution in the Kerala Legislative Assembly to free Madani from jail.

Former MP and minister TK Hamsa was sent to Coimbatore jail as a special envoy to ensure the welfare of Madani. In the 2006 assembly elections, Madani’s photo was used instead of Karl Marx’s and Lenin’s. Achuthanandan and Kadakam Palli succeeded by adding Madani’s photo with them. In 2008 when Madani was released from prison Kodiyeri Balakrishnan the then Minister of State for Home and minister NK Premachandran waited for three hours at Shankhumukham beach Trivandrum to receive him. This relation continued in the 2009 Ponnani Lok Sabha elections too. The left candidate there was Madani’s favorite, Hussein Randathani. In 2017 when Madani who was in the Karnataka Parappana Agrahara Jail was granted bail by Supreme Court in the Bangalore blast case ,his Kerala visit was sponsored by CPI(M) and Pinarayi government.

On the other hand, the Sickle Sunni which was formed under the supervision of the AP due to the EK-AP quarrel in Samastha, was slowly gaining strength in Malabar. Initially The Sunni Tiger Force, which was formed to defend the Sunni E.K. faction, quickly became militant. It was led by Markus manager Usman Musliyar (later Jamiyyatul Ishania). This extremist organization invisibly  served in many of the controversial killings in the state. According to a list compiled by the Central Investigation Team, Sanghparivar leaders and workers like Guruvayoor Sunil (1994), Vadanapally Rajeev (1995), Kolathur Mohanachandran (1995), Valancheri Thami, Kollankodu Mani and Mathilakam Santosh (1996) were killed by  Jamiyyathul Izhania .

Thadiyantevida Nasir, the notorious terrorist who is in the state prison in Bangalore blasts case revealed  before the  national investigating agency (NIA) that these groups were involved in bomb blasts at Mujahid Center in Kozhikode, ignition of various theatres in Malappuram district , kidnapping and killing of  Chekannur Moulavi and installation of pipe bombs at several places . Nasir was formerly an SFI activist.

Shuaib, who was convicted in the 1995 case of finding a pipe bomb under the Kooman stone bridge in Kadalundi river was arrested by Gujarat police after 22 years in 2017 during interrogation regarding 35 blasts occured in Gujarat.

Since the beginning of the 1990s, Muslim extremism has flourished in Kerala with CPM support in all aspects.

If the CPM’s support for Madani and Kanthapuram sections were public, the alliance with the NDF and its  another form Popular Front was of secretive nature. The CPI (M) and the Muslim extremist organizations were of the same stance regarding the Mappila Riots of 1921, the Tali agitation in Angaadippuram, the Thalassery riots, the Marad massacre and the reaction to the death of Saddam Hussein.

CPM was leading the pro-Saddam movement. It was also widely used in by-elections in Muslim dominated constituencies like Thiruvambady. The state hartal was held with the support of the LDF government.What Kerala has seen here is the nexus of two different ideologues who share the same stance.

This has been reflected in CPM and DYFI. The religious extremists slowly led the revolutionary party. They saw it as an opportunity to spread their radical ideas through the mainstream political party and not because of interest to communism.

Party camps which are unapproachable to others are the safe havens for Islamic terrorist organizations. Two of the four people killed in the clash with security forces in Kupwara in October 2008 were from two party villages in Kannur. Muhammad Fayaz and Muhammad Faiz. Kodiyeri Balakrishnan, the then Home Minister of the State, reported this to the Legislative Assembly by hiding the truth. When the Kanakamala conspirators were arrested in 2016, the party said in its statement that they were innocent. Five people were convicted by the court in this case. 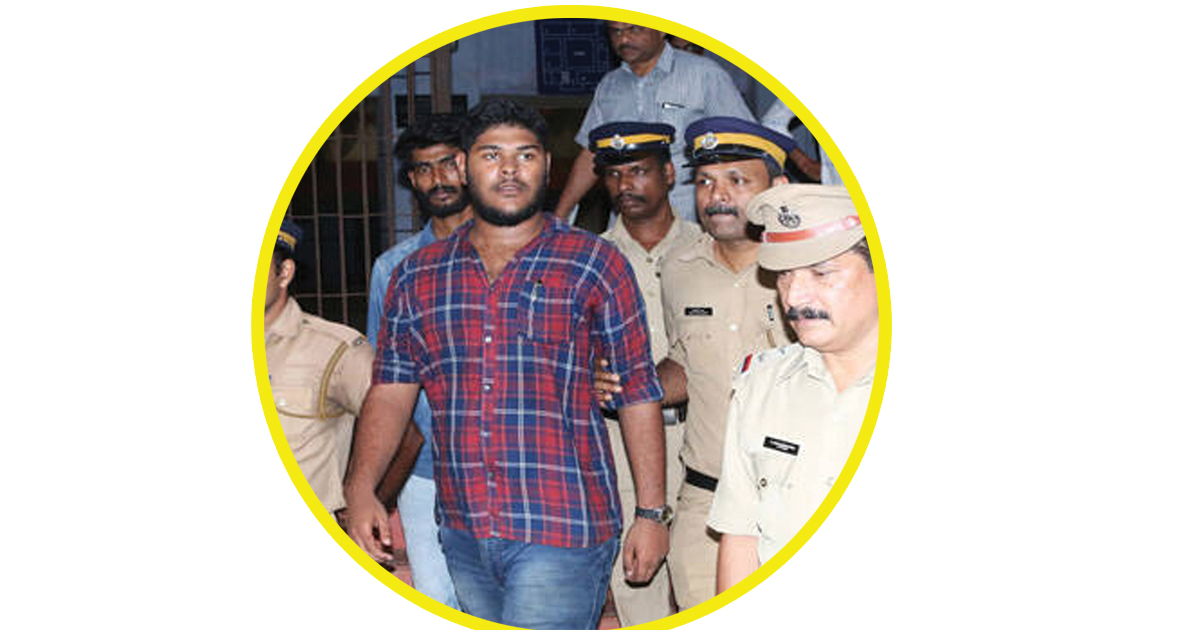 The party leadership said that Alan Shuaib, Thaha Fazal and Osman Pandikad were innocent and party activists. The party vigorously advocated on their behalf. Now, P Mohanan Master and Pinarayi Vijayan, when they call these fellows as Maoists, the party’s national secretary Sitaram Yechury is trying to justify and protect them .All this reveals the party’s affiliation with Islamic terrorism. People are realizing who made the ‘greenish red’ flag. The ordinary Indian except the party allies has no confusion regarding this.