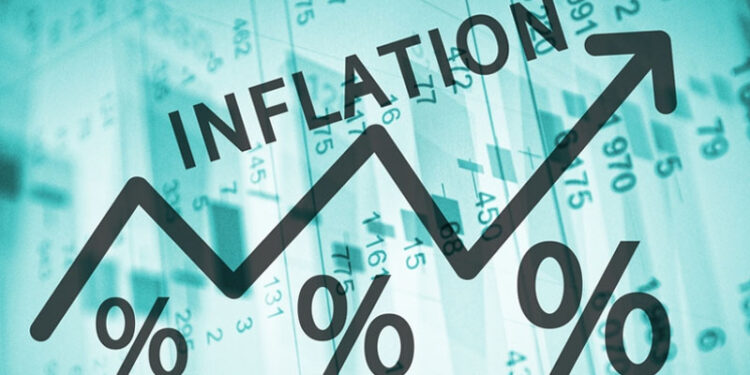 The RBI has increased the repo rate by 40 basis points to control liquidity expansion, against the surging oil prices.  It is the author’s conviction that the inflationary pressures in India are caused by factors elsewhere, not just oil prices, as is shown below.

The discourse on inflation engaged in by Western Central Banks, which has been adopted in toto by their Indian counterparts, is so abstruse, that it is not understood even by many economists in India.

The starting point of the current discourse in this article is that inflation reflects an excess of output over its “natural level”. Inflation targeting refers to the policy of controlling inflation by raising the interest rate over which the RBI has control, which is, the rate at which the RBI lends money to commercial banks, known as the “repo rate”. This, it is hoped by the RBI, will prompt the firms or companies which borrow from RBI to put a brake on their investment plans, and reduce inventories and lower production. As economy-wide output declines, becoming equal to the “natural capital” of the output, inflation will cease. This story does not just legitimize a policy of output contraction, for inflation, sees it as optimal. The natural level of output itself is the productive counterpart of the natural level of employment, the level that obtains in a freely-functioning labour market. Hence, at the natural level of output, the economy is deemed to be at full employment.

It is left unstated, that, but very salient in this context,  that the natural level of output is unobservable. Hence, inflation as a reflection of an “overheating” economy is something that must be taken on trust. Undoubtedly, it is rather disturbing that India’s official model of inflation control is based on so unscientific a foundation. At the least, the view of inflation that had ruled the mindset of the Western central banks before they adopted inflation targeting measures, was based on something tangible, namely, the growth of more money supply. Unsurprisingly, for a theory based on an unobservable variable, the proposition that the inflation is due to an overheating economy fares rather poorly, when put to a vigorous statistical test in India. One is not aware of a single demonstration of the empirical validity of the model of inflation presented by the RBI report of 2014, which had recommended a move to inflation targeting. It is in this context relevant to suggest the importance of the idea which explains inflation on the movement of the prices of agricultural commodities, primarily, and, only to a lesser extent, on the cost of imported oil, as seems to be prevalent thinking of the RBI and others concerned in India. The implication of the above thought is that is, indeed, damaging to the claim that monetary policy alone can control inflation, as is the case with the RBI thinking, because, neither the price of agricultural goods nor that of the imported crude oil are under the RBI’s control, sadly. The only route by which monetary policy can, in principle, control inflation is by curbing the growth of non-agricultural output, which, in turn, undoubtedly, will lead to a demand decline for agricultural goods. As the demand for agricultural goods decline, so will inflation. But, this comes at the cost of output and employment. At least, this is the theory. Whether this takes place in India or not, in practice it depends upon the extent to which the changes in the repo rates are transmitted to the commercial bank lending rates.

The cruciality of the price of agricultural goods:

It should be realized that current inflationary pressures originate in the movement of agricultural products prices. This would, undoubtedly, be a win – win solution for India, because, as agricultural production increases faster, the economy would expand without inflation. Ideally, food prices should decline, for the consequent rise in demand for other goods will propel the economy forward. But, the most important factor is the product mix for the agricultural goods. Growing per capita income in India has shifted the average consumption basket towards foods rich in minerals, and protein, such as, milk, meat, eggs, and fruits. But, the expansion of the supply of these foods has been lower than the growth of demand for them. Sadly, the focus is on the fine cereals like wheat and rice. There was a time when the RBI leadership understood the cruciality of this native wisdom, not any more.

Political reasons stand in the way of increasing agricultural supply at steady, if not declining prices.  The unhealthy mindset of the wheat producing northern states and rice producing southern states reflect this. When they do have surpluses, their only concern is that these surpluses be bought by New Delhi at the highest “Minimum Support Price”. India should produce cheap food.

The centrality of food cost:

Costly food threatens the very health of the nation because people will economise on their food intake, and, hold back the economy, as only a small portion of the household budget can only be spent on non agricultural goods. Monetary policy manouvres, such as the one prescribed on the repo rate of RBI is not at all an efficient solution for an agricultural price – driven inflation control. The chemically centric green revolution has driven New Delhi to concentrate only on wheat and rice and the slow growth elsewhere has been swept under the carpet. The time has come to correct this grave folly. Until then, inflation targeting by a committee accountable to none will simply be a charade.