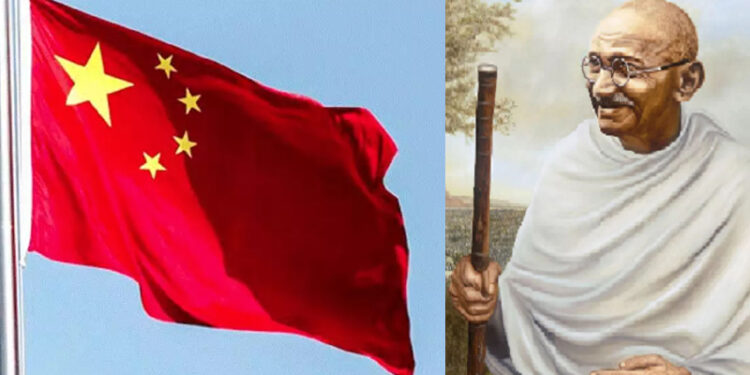 In his paper, Harijan, Gandhi enumerated his Doctrine of Trusteeship on February 23, 1947, when Mao fought for his people in neighbouring China. Gandhi was an economist of the masses. The fluid international conditions fraught with ideological tensions in the economic domain demanded a fresh approach to economic philosophy. The core of Gandhian economic thought is the protection of the dignity of the human person and not mere material prosperity. He aimed to develop, uplift, and enrich human life rather than a higher standard of living with scant respect for human and social values. Gandhi’s idea of trusteeship arose from his faith in the law of non-possession. The world’s bounties are for the whole, not for any individual. When an individual has more than his respective portion, he becomes a trustee for the people.

The trusteeship formula of Gandhi reads as follows:

1. Trusteeship provides a means of transforming the present capitalist order of society into an egalitarian one. It gives no quarter to capitalism but gives the current owning class a chance to reform itself. He felt that human nature is never beyond redemption.

2. It does not recognize any right of private ownership of property except that society may permit it for its welfare.

3. It does not exclude legislation of the ownership and use of wealth.

4. Thus, under state-regulated trusteeship, an individual will not be free to hold or use his wealth for selfish satisfaction in disregard to the interests of society.

5. It proposed a decent minimum living wage and a limit on the maximum income allowed to any person in society. The difference between such minimum and top incomes should be reasonable and equitable and variable from time to time, so much so that the tenancy would be towards obliterating the difference.

6. Social necessity determines the character of production and not by personal greed.

Gandhi wanted Zamindars/ Kulaks/ landlords to act as trustees of their lands and use them by tenants. This idea was based mainly on India being an agricultural country where more than 80 per cent of the population lives in villages.

Gandhi’s doctrine of trusteeship is a social and economic philosophy aiming to bring justice to society. It provides a means by which the wealthy people would be the trustees of the trust that looked after the welfare of the people in general. Gandhi believed that the rich people could be persuaded to part with their wealth to help the poor, and he held that labour is superior to capital.

He formulated the trusteeship theory after the Ahmedabad textile mill workers dilemma. He became more aware of the prevailing gap of interest between the owners and workers of the industries. Gandhi introduced the concept of trusteeship based on class cooperation in society. He believed that even the rich people are, after all, human beings, and as such, they also have an element of essential goodness that everyman necessarily possesses. The capitalist should be aroused by that element and won over by love. And persuade them to believe that they should utilize the wealth in their possession \for the good of the poor. The rich should realize that the capital in their hands is the fruit of the labour of poor men. This realization would make them perceive that the welfare of society lies in using money and resources for the good of others and not for one’s comforts. It is a doctrine of moral responsibility and a practice of Non- possession.

Italian philosopher Thomas Aquinas said that bringing justice is the responsibility of the state and individuals by being empathetic, compassionate and selfless. Gandhi’s doctrine is akin to this idea. It is the responsibility of rich people to uphold the philosophy of trusteeship by being charitable. Trusteeship assumes great relevance nationally and globally, keeping in mind the growing inequality and poverty.

Half of the world owned by 62

An Oxfam report reveals that one per cent of people in the world possess 50 per cent of the world’s total wealth, and just 62 people own the same as half of the world. The wealth of the poorest half has fallen by a trillion dollars since 2010, a drop of 38 per cent. Despite the global population increasing by around 400 million people during that period, it has occurred. Meanwhile, the richest 62 has increased by more than half a trillion dollars to $1.76 trillion. The report also shows how inequality disproportionately affects women – of the current ’62’ richest, 53 are men, and just nine are women.

A total of $7.6 trillion of individual wealth sits offshore. If the rich paid tax on this income, an extra $190 billion would be available to governments every year. As much as 30 per cent of all African financial wealth is estimated to be offshore, costing an estimated $14 billion in lost tax revenues every year. It is enough money to pay for healthcare for mothers and children in Africa to save 4 million children’s lives a year and employ enough teachers to get every African child into school. The number of people living in extreme poverty halved between 1990 and 2010. The annual income of the poorest rose only less than $3 in the past quarter of a century. Had inequality within countries not grown between 1990 and 2010, an extra 200 million people would have escaped poverty.

The Gandhian principle of trusteeship is closely related to the social responsibility of business. According to Gandhi, all business firms must work as a trust. Business people should change their attitude. They have no moral right to accumulate unlimited wealth while most fellow citizens live in poverty and misery.

Few richest men in the world, like Bill Gates, Warren Buffet and Jeff Bezos, have rarely shown the principle of trusteeship. Even during COVID, the corporates were trying to make money by developing vaccines and reducing overheads by implementing the system of working from home.

The Crackdown in China

Several leading Chinese internet companies, including Tencent, Alibaba, Didi Chuxing, and eSuning, were fined 500,000 yuan ($77,345) for breaching the anti-monopoly laws in July 2021, as China stepped up its crackdown campaign against monopolistic behaviours that threaten to stifle market vitality. Alibaba paid a record $2.8 billion fine in April. Market regulators determined these companies to have breached the “concentrations of undertakings” provision under the anti-monopoly law in a total of 22 equity investment and joint venture deals, the State Administration for Market Regulation (SAMR) had said in a statement.

Multiple subsidiaries of Didi – Xiaoju Kuaizhi Inc – were among the penalized parties, days after Didi was removed from Chinese app stores by order of China’s cyberspace regulator over cybersecurity issues. The probes of the 22 cases, which involved fields such as new retail, e-commerce, logistics, fintech, ride-hailing and charging piles in the new-energy vehicle industry, started in March and April 2021. Xiaoju Kuaizhi Inc and BAIC Mobility Co, a subsidiary of Beijing Automotive Industry Holding Co (BAIC Group), failed to report to the SAMR about their joint venture before obtaining a business license. It violated Article 21 of the Anti-Monopoly Law and constituted an illegal concentration of business operators. E-commerce company Suning and a subsidiary controlled by China’s largest online food delivery platform Meituan were also on the receiving end of fines. Many of the fined companies are there on overseas stock markets.

China has been ramping up crackdowns on its digital platform companies, as the digital economy accounts for a growing percentage of the world’s second-largest economy and poses some serious risks. The government is seeking to regulate the market, curb the disorderly expansion of capital and inject vitality into the vital sector, which already accounted for 36.2 per cent of the nation’s GDP as of 2019. The closure of 109 monopoly cases by SAMR marked the country’s antitrust push was marked by 2020, with penalties totalling 450 million yuan and intensified anti-monopoly crackdowns on internet platform companies. Last year, the SAMR told 34 platforms – including Tencent, Alibaba, Baidu and Meituan – to thoroughly rectify their monopolistic behaviour, and tax-related irregularities or violations, within one month.

The crackdown was waiting to happen because the corporates were pretending to be bigger than the state and the people, shirking off their social responsibility. They could have taken a leaf out of Gandhi or Marx.