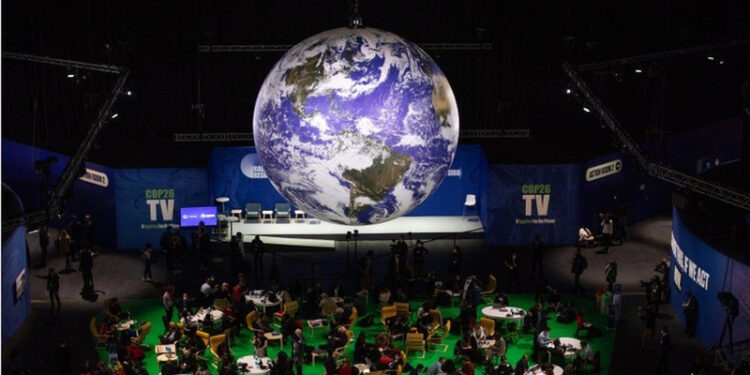 The way in which the climate discussions are going forward, by the “Conference of Parties 26” going on in Glasgow, Scotland, are ominously destined to be doomed. To begin with, the notable absence of Mr Xi, Chinese President and Mr Putin of Russia, in the pre-Glasgow G20 meet in Rome, was already a signal that the discussions in Glasgow were doomed.   The Glasgow gathering, which runs to November 12, will be the “last, best hope to keep 1.5C in reach”, said Alok Sharma, the conference Head, referring to the temperature aspiration of the landmark Paris deal.

If the Heads of nations act now and act together, then, there is a chance to protect our precious planet. But, will they? But, before one goes further on that, one must look at past history.

Global COP26 climate negotiations are the “last, best hope” to keep the goal of limiting global warming to 1.5C alive, said summit president Alok Sharma as he opened the meeting on Sunday 31 Ocober. That the Glasgow gathering, which runs to November 12, comes as an accelerating onslaught of extreme weather events across the world underscores the devastating impacts of climate change from 150 years of burning fossil fuels.

“We know that our shared planet is changing for the worse,” said Sharma at the opening ceremony.

Experts warn that only transformative action in the next ten years will help stave off far more cataclysmic impacts. Before that, one must examine what the issue is all about. A day ahead of the Conference of Parties in Glasgow, Scotland, India has officially endorsed a website, made by Indian climate experts, that lists the historical carbon dioxide emissions of developed countries. The database aims to highlight the disparity between emissions of developed and developing countries with countries such as United States, Canada, Australia and the Western European nations shown as having a net carbon debt while developing countries such as India and China have a net carbon credit. What does this mean in practical terms for India and China?   It means that if one goes by the baseline of carbon di oxide emissions, both India and China can still emit this gas. But, this does not, in the opinion of this author, take into consideration, the enormous emissions of nitrous oxide, a byproduct of excessive urea hydrolysis, when this nitrogenous fertilizer is applied in an unbridled fashion to prop up rice and wheat yields in the green revolution phase of the Indian sub continent, contributing as much as 35% global warming, in other words Anthropogenic Global Warming, (man made). This aspect has been clearly rxplained in ther book authored by Nair (2019, see reference below).

This author has noted almost a parallel situation in The People’s Republic of China, during his two visits, in 2004 and 2011, on the invitation of the PRC government to present his revolutionary soil management technique, globally known as “The Nutrient Buffer Power Concept”.

And the warming of the planet did not pause for the Covid-19 pandemic, which caused the UN meeting to be delayed by a year.

COP26 inherits its central goal from the landmark 2015 Paris Agreement, which saw countries agree to cap global warming at “well below” 2C above pre-industrial levels, and 1.5C if possible.

That deal left many crucial details to be worked out, while emissions reductions remain woefully insufficient to avert global warming.

In August a bombshell “code red” report from the world’s top climate science body warned that Earth’s average temperature will hit the 1.5C threshold around 2030, a decade earlier than projected only three years ago.

And last week a UN report said even the latest, most ambitious carbon cutting commitments would still lead to “catastrophic” warming of 2.7C.

Much rests on commitment from G20 leaders of richer nations which met in Rome, whose economies account for about 80 percent of carbon pollution. They have collectively endorsed the goal of limiting global warming to 1.5 degrees above pre-industrial levels, according to a final draft summit statement obtained by AFP on Sunday, October 31.

UN climate chief Patricia Espinosa told the Glasgow opening ceremony that nations must turn away from business as usual or accept that “we are investing in our own extinction”.

More than 120 Heads of state and government will make the trip to Glasgow for the UN meeting, including US President Joe Biden, France’s Emmanuel Macron, India’s Narendra Modi and Australia’s Scott Morrison. But President Xi Jinping of China, the world’s largest emitter, has not left his country during the pandemic and will not be travelling to Glasgow. Vladimir Putin of Russia, another major polluter, will also be a no-show.

As things stand “there is a serious risk that Glasgow will not deliver,” warned United Nations Secretary-General Antonio Guterres in comments to the G20 on Saturday.

“Several recent climate announcements might leave the impression of a rosier picture,” he said. Unfortunately, this is an illusion.

Nations under pressure to reboot their Covid-lashed economies continue to subsidise fossil fuels, even as they speak about renewable energy. With poorer nations least responsible for greenhouse gas emissions hit hardest by its impacts, inequality overshadows the negotiations.

The failure of rich countries to cough up $100 billion a year starting in 2020 to help developing nations lower emissions and adapt – a pledge first made in 2009 – will complicate the already complicated talks.

Tragically, “the polluter pays” principle has been thrown to the winds.