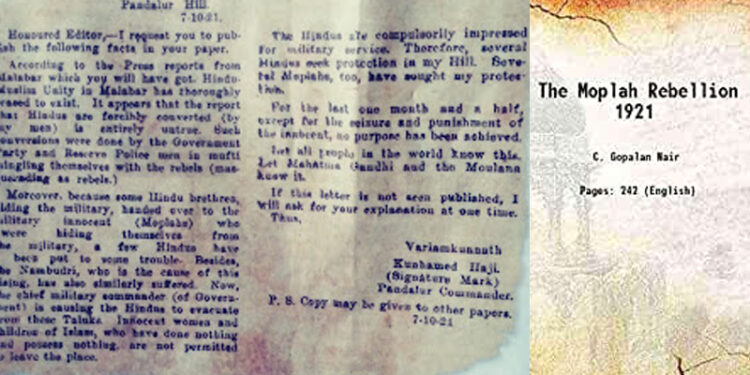 S Kasturi Ranga Iyengar, according to historian S Muthiah, was the one who modernized The Hindu. The modernization happened, post 1921. Iyengar, Editor and Proprietor of the daily, had political ambitions. He supported Gandhi and the Khilafat movement. Sir C Sankaran Nair, in his book, Gandhi and Anarchy, has criticized Iyengar, for aligning with Gandhi in 1921.

At the same time Iyengar was thinking of buying The Hindu from its founders, a Muslim businessman from Nagpur, Yakub Hasan Sait had moved to Madras. A product of Aligarh University, Hasan moved first to Bangalore and then to Madras in 1901 and gradually settled in the city. For a particular period of time, he worked as an international business agent under Nawab C. Abdul Hakim. Soon after his arrival in Madras, Hasan entered public life and was elected member of the Madras Corporation. He was one of founders of the All India Muslim League. He visited England as a delegate of the League. He was also the only Muslim politician from the Madras Presidency involved in the drafting of the Lucknow Pact. In 1916, he was elected to the Madras Legislative Council by the South Indian Chamber of Commerce. He joined the Indian National Congress and participated in the Khilafat agitations. In 1921, he was imprisoned in Malabar, for six months. On his return from jail in 1923, he resigned from the Congress and founded the Madras Province Muslim League.

So, the current reportage of The Hindu, on the 1921 Mappila revolt, should be viewed cautiously.

The Hindu, on June 26, 2020, reported that a family in Erattupetta, in the district of Kottayam in Kerala, now claims they are the descendants of Chakkiparamban Moideenkutty Haji, father of Variyamkunnath Kunjahammad Haji, the Mappila gangster. K M Jafar who belongs to this family, was quoted by The Hindu, saying that Moideenkutty had escaped to Erattupetta, after being acquitted in the Mannarkkad revolt case. He lived there in disguise as an Islamic preacher for eight years, before being captured by the British police. He married Ummuhani Umma from the Muttathuparambil Mather family and had a son named Muhiyudheen Kutty Haji. This family didn’t know of his earlier wife and the son Variyankunnath Kunjahammad Haji.

The problem with this claim is that Moideenkutty Haji was never acquitted, but was deported and was in Andaman jails.He was absconding after an attack against the Hindus in Manjeri, in 1896.The Mappila Outrageous Act was in force. In European countries, such claims have to be proved by DNA tests, as in the case of Leonardo da Vinci. Jafar has also authored a book now. Variyankunnan had married thrice.

The Hindu reprinted on June 26, 2020, a letter purported to be written by Variyankunnath Haji to the paper, on October 7,1921. The head line of the new story was,”Reports of Hindu-Muslim strife in Malabar baseless”. The Hindu claimed that the letter was found in their letter box. The letter was written from Variyankunnan’s Pandalur hideout, the daily claimed.

There was no way to cross check for the paper then, as to the real author of the letter. The Hindu claimed that the letter in Arabic-Malayalam was translated and printed. In the letter, Haji made a fantastic claim: ” Reports that Hindus are forcibly converted by my men are entirely untrue. Such conversions were done by the Government party and Reserve police men in mufti mingling themselves with the rebels (masquerading as rebels)”.

There is no question of an European mingling with the locals, because the colour will betray him. If the contention is that Hindu local men or reserve police were masquerading as Muslims, it is absurd. Hindus in disguise, converting Hindus to Islam-it is an absurd fantasy,which suits The Hindu’s fetish for pseudo secularism.
.
The Hindu in 1921 had reported the Muslim gangsters resorting to mass conversion, which is historically true. Abani Mukherji, founder of the Communist Party, who gave a note to Lenin on the Moplah Rebellion, had collected reports of The Hindu, probably from Singaravelu Chettiar, his friend.

“The spark which kindled the flame was the resistance by a large and hostile crowd of Moplahs, armed with swords and knives, to a lawful attempt by the police to affect certain arrests in connection with a case of house-breaking. The police were powerless to effect the capture of the criminals, and the significance of the incident is that it was regarded as a defeat of the police, and therefore of the Government.”

Variyankunnath Kunjahammad Haji has signed the so-called letter, as Pandalur Commander. He had anointed himself as “Amir of Muslims, King of Hindus and Colonel of the Forces.” By the time he is said to have written the letter, Haji had gone underground, fleeing from the British forces, as a war criminal, from one jungle to another. According to British records, he was in Pandikkad on 13 October, 1921, and had destroyed the Nellikuth bridge that day. The letter suggests that he was in Pandalur, a week earlier. He was caught on January 6, 1922 from Chokkad, between Nilambur and Kalikavu.

The Hindu, so far has not published a photo print of the original letter of Haji in Arabi Malayalam. The Hindu’s then Editor, S Kasturi Ranga Iyengar, was a supporter of Variyankunnan, and Iyengar had presided over the Malabar Congress meet on April 28, 1920, which had heckled the moderate Annie Besant, to silence. Both K Madhavan Nair and M P Narayana Menon had brought several mappilas from Eranad, to the meet, to gain majority, and to silence Besant. Manjeri Rama Iyer and his group, stood with Besant. Rama Iyer has written that Iyengar had brought a pamphlet on Khilafat, and distributed it among the delegates.

Iyengar also had a Muslim friend in Madras, deeply involved in Khilafat-Yakub Hassan.

The pseudo secularist gang also has quoted the communist, Sardar Chandroth, to prove that a criminal like Haji was secular. Sardar Chandroth Kunjiraman Nair, who was a loyal follower of the Marxist, A K Gopalan, has no locus standi, in the whole affair, being a native of Kannur. The same Marxist gang, including the Speaker of the Kerala Assembly, have tried to paint a secular picture of the blood thirsty criminal, comparing him with Bhagat Singh. Bhagat Singh had revolted after the Jallianwala Bagh massacre, by the British. His revolt was not against his own brethren.

The same gang has claimed that the state that Haji had announced was called Malayala Rajyam (Malayalam country). His Caliphate was named Daula, according to the official history of the rebellion, written by R H Hitchcock, who was the S P of the Police, in Malabar, in 1921. Haji’s Caliphate was ruled according to the Sharia- it was never a secular state.

S. Kasturiranga Iyengar, The Hindu’s legal adviser, a politically ambitious lawyer, had bought it, from its original founders, in 1905. On April 1, 1905, he, along with two partners, bought the paper for Rs.75,000, and by July 1905, had independent charge of it.

According to S Muthiah, historian, Kasturi Ranga Iyengar, between 1921 and 1923, installed “the first rotary printing press in south India and modern linotype composing machines, setting the trend the paper follows to this day of being first with modern newspaper technology in India”. When he died in December 1923, the paper had stabilised with a circulation of 17,000 copies and considerable advertising revenue.

The Hindu was founded on September 20, 1878, by six young nationalists led by radical social reformer and school teacher G. Subramania Aiyer of Tiruvaiyyar near Thanjavur. The others were: his school teacher friend M. Veeraraghavachariar of Chengalpattu and law students T.T. Rangachariar, P.V. Rangachariar, D. Kesava Rao Pant and N. Subba Rau Pantulu. The “Triplicane Six”, as they were called, were angry that the Anglo-Indian press – newspapers owned and edited by the British – had panned the appointment of T. Muthuswami Aiyer, as a Judge of the Madras High Court, the first Indian to be so appointed. They borrowed one rupee and 12 annas and started The Hindu as a weekly – published every Wednesday – to counter the campaign against Muthuswami Aiyer’s appointment.

In the first editorial titled “Ourselves”, published on September 20, 1878, the founders flagged two guiding principles: fairness and justice.

During its initial years, the paper was printed at Srinidhi Press, Mint Street, Black Town, Madras. Soon the students, who became lawyers, parted ways with Subramania Aiyer and Veeraraghavachariar, the Managing Editor. Later, the two former school teachers had differences over the issue of social reform.

The Hindu was Subramania Aiyer’s vehicle for social reform crusades.Veeraraghavachary, in charge of the business side, found the repercussions squeezing the paper’s finances. There was an inevitable parting of ways and the partnership was dissolved in October 1898. Within days of the break, Subramania Aiyer took over full-time the editorship of the Swadesamitran, while Veeraraghavachariar took over the entire business of the struggling newspaper. In the early 1900s, The Hindu’s circulation dropped to 800 copies and Veeraraghavachariar decided to sell it to Iyengar.

So, from history, we gather that Iyengar could buy a rotary press, post 1921.