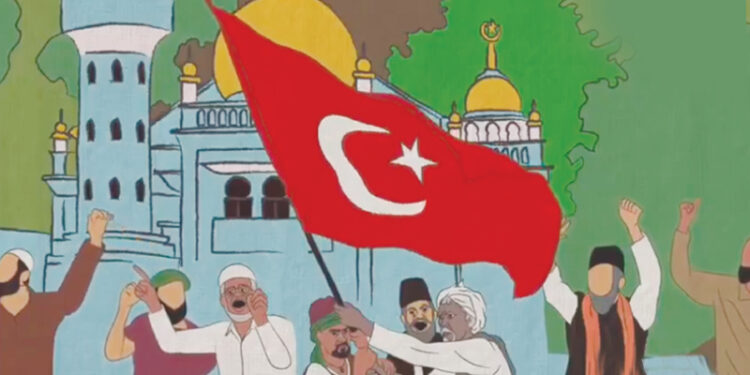 During the Great Purges of 1937-1938, Stalin had two Indians lined up against the wall and shot. One was Virendranath Chattopadhyaya, younger brother of Sarojini Naidu. He was a brilliant revolutionary, and a rival of M N Roy, one of the founders of the Indian Communist Party in Tashkent, which the CPM recognizes and the CPI doesn’t. Virendranath, popularly known as Chatto, was executed by Stalin’s police on September 2, 1937. He was the hero of Somerset Maugham’s short story ‘Giulia Lazzari’.

The second Indian to be killed was Abani Mukherji, who joined the Soviet Communist Party in 1918. He was a founder of the Indian Communist Party along with Roy. The party was formed using vulnerable muhajirs from India, who were on their way for a jihad in Turkey. The Ottoman sultan had been removed by the British at the end of World War I. The Muhajirs were trained in a military school set up by the Soviet Union in Tashkent. Mukherji was given charge of the school. Roy, together with Mukherji, concluded that the Turkey jihad was class war. No wonder, Mukherji, in his document on the Mappila riots of Malabar, prepared for Lenin, interpreted it as a class war between Hindu lords and Muslim peasants.

This document, prepared in October 1921, was read by Lenin and handed over to his chief ideologue, and politburo member Nikolai Bukharin on November 14 with a note. The document was subsequently published in the German and French journals of the Communist International and was translated from the German Die Internationale by Eden and Cedar Paul and published in the March 22 issue of the journal of the British Communist Party, The Communist Review. While researching on Mukherji’s political life, I found the article in the Marx Memorial Library and Workers School, London.

The existence of the document was never a secret. In fact, Pinarayi Vijayan, hardly an intellectual, observed in an article titled ‘Muslims of Malabar and the Left’: “Lenin had instructed Abani Mukherji, an Indian communist of that period to prepare a pamphlet after collecting all available facts regarding the agrarian issue in India and peasant struggles”.

Mukherji’s essay was, however, the first Marxist interpretation of the Mappila Riots as  class war, and all leading Marxist historians, including K N Panicker, have subscribed to that view. It is regrettable that Panicker has not even mentioned the name of Mukherji in his thesis and book, Against Lord and State: Religion and Peasant Uprisings in Malabar, 1836-1921. If he had seen Mukherji’s article and chose to omit it, it is deplorable and if he had not seen it, it is despicable.

The contention of Mukherji that the Muslims of Malabar coast are the descendants of Arab fighters is unfounded;they are the descendants of the Hindu fishermen who were forcibly converted.There were massive conversions and widespread massacres during the campaigns of Hyderali and Tipu Sultan,if one is to go into the roots of the 1921 Malabar Jihad.Panicker cites the massacre of 34 Hindus on a day in 1921.Sober people never term a massacre a class war.Ofcourse,for Lenin,massacres were class conflicts,if we are to assess the killing of the Tambov peasants in revolt. For Stalin,purges of his enemies including Trotsky were class wars.

Intellectuals who invested in land are called Bourgeois by Mukherji.There was no other option,and eventually they became the middle class in India,and the backbone of the Party in West Bengal and Kerala.To bracket them with Jenmis is sheer absurdity.The Hindu peasants too were down trodden and hapless.Muslim peasants alone doesn’t constitute a class.The multitude of Hindus who were forcibly converted belonged to the working class.The tens of thousands of  ordinary soldiers of the Nair Brigade that was captured,converted or killed were from the working class.Out of 15000 nairs captured by Hyderali and taken to Bednur,only 200 survived.One among them,Velluvakkammaran Nambiar,converted as Ayaz Khan,became the Commander of the forces of Hyderali and his Governor.

A reason must be there for Marxist historians ignoring Mukherji’s document. Clearly, the reason is that, Mukherji, while trying to interpret Mappila Riots as class war, also highlights the fanatic content of the rebellion. He observes that the Khilafat movement was coopted and subjugated by the fanatic Muslim clergy. He avows that the mullahs, forgetting the aim of the movement, diverted their rank and file, against their peace-loving Hindu neighbors. The Hindus were given the option,” death or Islam”. Thus, the Hindus were massacred, forcibly converted and if they refused, were hacked to death. They ransacked the military depot at Malappuram and looted treasury of 40,000 pounds.

Of course, Mukherji’s narrative has lots of contradictions. He unabashedly compares the Malabar revolt to the peasant uprising in Oudh, proving that Marxists hardly read Marx – In The Annexation of Oude in the 28 May, 1858 issue of The New York Daily Tribune, Marx rightly pointed out that governor general Lord Canning had attached all the property of the peasants in Oudh. Mukherji should have known the difference between jihad and revolution. Maybe, he and the Marxists pushed for a revolutionary jihad – a Red Jihad.

It is said that the Communists had no role in the Mappila riots.It is not so.In 1921, during the Mappila riot,a communist party was non existent in India.In Kerala a party was formed only in 1936,fifteen years later.What was in existence was the fraudulent N R I party formed by M N Roy in Tashkent.The so called Tashkent party had only 7 members.Two among them were Roy a nd his then live in partner, U S born Evelyn Trent.Others were Rosa Fitingo,Abani Mukherji,Muhammad Ali Muhammad Shafeeq and M P T Acharya.Rosa was Mukherji’s wife.

The two party members,Ali and Shafeeq were muhajirs,vowed to implement the Turkey jihad.A Soviet military school to train the Indian muhajirs was established at Tashkent with Abani Mukherji as its Chief.Among the 200 Indian muhajirs,only 26 joined the military school.These 26 militarily trained muslims could not go to Turkey; Afghan King Amanulla denied permission to the Soviet Union to smuggle weapons to India,to conduct revolution there.It is assumed that these 26 military experts joined the Mappila riots-the communists thus joined the Mappila force.It is then inevitable that they are committed to distort the history of 1921.Mukherji had two close contacts in Madras-M Singaravelu Chettiar and Dr Manilal.Chettiar presided over the founding conference of the Indian Communist Party in 1925,at Kanpur.

Chettiar,like Roy and Mukherji was a Comintern agent.Sir Cecil Kaye ( 1868-1935 ) who was the Director,Central Intelligence,during the Mappila jihad,wrote in his book,Communism in India ( 1925 ) that M N Roy had a role in the jihad.Moulana Hasrat Mohani,who was Chairman of the Communist Party formed by Satyabhakta,justified the Mappila jihad and the conversion of Hindus to Islam.It was Mohani who coined the slogan,Inquilab Zindabad;t was Mohani who wrote the famous poem,’Chupke,Chupke,immortalised by Gulam Ali.

Marxist historians have a pervasive tendency to infer first, distort facts and then theorize. Thus, Fazal Pookkoya Thangal, leader of the Malabar jihad ,who had declared three fatwas against Hindus and hence deported to Arabia, has become an expert in class wars, in the eyes of Marxist historians like K K N Kurup. When jihad becomes class war, fundamentalists become Marxists.

Mukherji too was a victim. The difference between him and contemporary Marxist historians is that he chose to reveal the truth, not hunting for platitudes. The fanaticism of 1921 is there in the document, making him a renegade. It is better to ignore him. He was not a historian, but a textile technologist, trying to weave Marxist draperies out of abundant absurdity.

Both Chatto and Mukherji were Bengalis,sidelined by another Bengali,M N Roy.Comintern finally demoted them to the Academy of Sciences in Moscow.They made contact with Lenin’s widow Krupskaya,and were killed by Stalin.Mukherji was shot on 26 October,1937.Execution by shooting was reserved for high ranking communists;Hanging was for the mediocre.