The Green Revolution and a dark Punjab 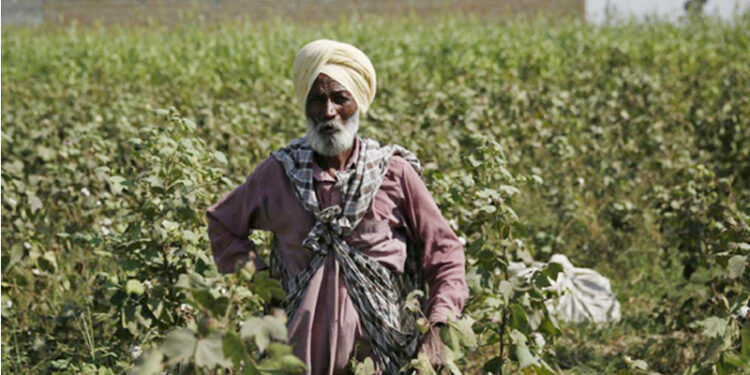 Punjab has paid a price for food security. The use of pesticides and fertilisers has resulted in a number of health issues for the state’s population. Kerala must learn from this lesson to save our agriculture.

This is possibly because of the Green Revolution, a period when Indian agriculture was converted into an industrial system. Modern methods and technology — including high-yielding variety (HYV) seeds, tractors, irrigation facilities, pesticides and fertilisers — were adopted.

The Green Revolution was an endeavour initiated by Norman Borlaug in 1970. It led to him winning the Nobel Peace Prize for his work in developing HYVs of wheat and is often credited with having transformed India from “a begging bowl to a bread basket”.

Punjab is frequently cited as the Green Revolution’s most celebrated success story. In the 1970s, a large dosage of pesticides revolutionised farming ways in India, with the results considered good at the time.

The picture, however, is no longer rosy. The consequences of the Green Revolution have come under constant global scrutiny.

In due course, pests grew immune to pesticides and farmers, in desperation, began pumping out more of these chemicals. Their excessive use not only contaminated the air, soil and the water table, but also exposed plants and humans to the threat of adulterated pesticides.

While the Green Revolution provided a few solutions to the problem of food security, Punjab began to face a completely new range of problems: Decaying soil, pest-infested crops and indebted farmers.

The state — known as the torchbearer of the Green Revolution — also happens to be the first state that suffers from its adverse consequences.

Proponents of the Green Revolution focus on maximising yield in the fight against hunger, comparing pesticides with drugs used for the sick.

People were generally unaware of the toxicity and harmful effects of pesticides, long after the publication of Silent Spring by Rachel Carson in the 1960s.

They are, however, still considered the most effective and possible weapon against pests threatening crops. As a result, the domestic pesticide market has grown to an estimated Rs 20,000 crore. India developed 217,000 tonnes of pesticides in fiscal year 2019.

The Green Revolution resulted in a large-scale use of pesticides and synthetic nitrogen fertilisers, giving rise to improved irrigation projects and crop varieties.

The main objective was to gain food security through scientific methods. There were, however, little or no efforts to educate farmers about the high risk associated with the intensive use of pesticides.

Pesticides banned in Punjab include Phosphamidon, Methomyl, Phorate, Triazophos and Monocrotophos. They are, however, still in use in India, along with several other Class I pesticides.

Many of them are banned in several countries: Phosphamidon is banned in 49 countries, Phorate in 37, Triazophos in 40 and Monocrotophos in 60.

There is a significant effect of using these pesticides on people’s health, as is evident in Punjab’s Malwa region.

This causes more harm than good to crops and also becomes a cause for environment and soil pollution, with productivity and ecosystem services also affected.

It leads to indiscriminate use of pesticides, something that is rampant in our country.

There are two alternatives available for getting out of the food production crisis in Punjab. One is to continue down the road of further intensification, while the other is to make food production economically and ecologically viable again by reducing input costs.

Organic crops need to be grown, rather than bringing crops that are not suitable for the physiography of the region. Farming of local crops needs to be done as well.

Sadly, the Government of India appears to have adopted the former strategy: Seeking to solve the problems of the first Green Revolution by launching a second.

The strategy and rhetoric are the same. Farmers are encouraged to replace old technologies of the first revolution with the new bio-technologies of the second and to substitute wheat and rice grown for domestic consumption with fruit and vegetables for the export market. The emphasis here is the genetically modified crops (GM crops). The classical example is now the mad chase after the Bt brinjal and also the Bt mustard (sarson) crops. In 2006 as a response to the pressure by Monsanto to propagate the Bt brinjal, in India,  the Supreme Court constituted an Independent Expert Committee, under the Chairmanship of this author, to examine the field data on Bt brinjal generated by Mahyco- Maharashtra Hybrid Seed Company (the Indian arm of Monsanto). The committee found several instances of breach of the safety protocol in the field data and recommended that until fool proof tests were in place, the field trials must be stopped forthwith. Yet many trials are being done clandestinely. This behoves ill for India. The same is the case with Bt mustard, which has been pushed by Dr. Paintal, the former Vice Chancellor of Delhi University.

India must learn the lesson from Punjab. More appropriately, Kerala must learn the lesson from Punjab. In many places, Kerala soils have been ruined. Kuttanad is the most classic example. Soils have acidified, the soil pH has come down from an original healthy value of 6-6.5 to now 3. This is the result of green revolution, a consequence of indiscriminate use of chemical fertilisers and pesticides. The, Kerala climate has completely changed. Unseasonal rainfall, and vastly reduced rainfall intensity, as in this crop season, or excessive as in the case two years ago. This is the result of global warming- a direct consequence of green revolution.  When excessive chemical fertilisers, like urea, are applied to crops, there is one chemical by product known as nitrous oxide, which escapes to the stratosphere and captures radiant heat, leading to global warming. About 35% of global warming is caused by this phenomenon. All these have been explained in the book “Combating Global Warming” – The Role of Crop Wild Relatives, published by world’s number one science publisher Springer, in Berlin, Germany. In 2019, on September 23, a global summit on global warming, for all Heads of State, was held under the Chairmanship of Mr. Antonio Guterres, Secretary General, United Nations, in New York. Shri. Modi had attended the conference and he was presented a copy of this book. Also another on “Intelligent Soil Management”

If Kerala fails to learn from the disaster of Punjab, our agriculture will be completely ruined.