The Eternal Religion and Its propagators 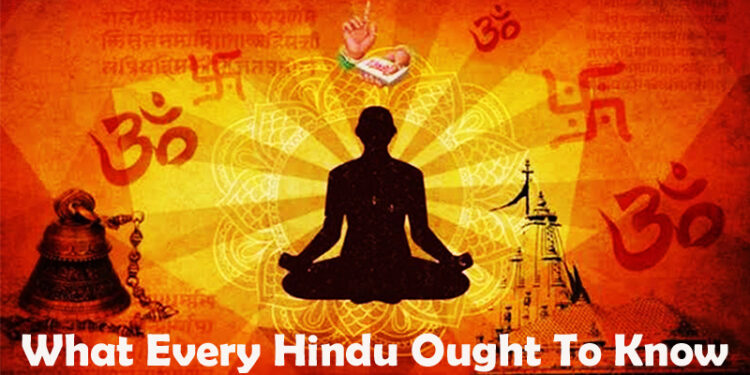 The Eternal Religion
The correct name of Hinduism is Sanátana Dharma, ‘The Eternal Religion.’ Being based on the Vedas and practiced by the ancient Aryan race, it is also called the Vaidika Dharma. ‘The Vedic Religion’ and the Árya Dharma, ‘The Religion of the Áryans’. As regards the origin and evolution of the word ‘Hindu’, Swami Vivekananda says: “This word ‘Hindu’ was the name that the ancient Persians used to apply to the river Sindhu. Wherever in Sanskrit there is an ‘S’, in ancient Persian it changes into ‘H’, so that ‘Sindhu’ became ‘Hindu’,
and you are all aware how the Greeks found it hard to pronounce ‘H’ and dropped it altogether, so that we became known as Indians.”(The Complete Works of Swami Vivekananda, Vol. 3, p. 228 ).Some modern scholars, however, are of the opinion that this word also originated in our own country and is very ancient.

The Propagators of Hinduism

Unlike most world religions, Hinduism has no founder. It is not based on the spiritual experiences of a single individual, but on the intuitions and experiences of a large number of seers, saints and mystics called ‘Rishis.’ These ancient Rishis were only propagating this Eternal Religion and were not the founders in the sense that is normally understood and applied to other religions. Their experiences have been systematized and handed down as a great tradition. Religious men of countless generations have borne testimony to the truth and validity of the teachings contained in them. Even today these spiritual truths can be experimented on and verified in the laboratories of our souls, just as the statement about natural laws found in text-books of science can be tested and verified in the laboratory of science. None the less, Hinduism is as much a revelation as any other religion of the world. It goes even a step further and says that it is a continuous revelation. Hence, according to it, a single revelation or the revelations of a single individual do not exhaust the whole of the Truth. That is why it contemplates the advent of new Avatars, the introduction of new codes of law (Dharmashástras) and the production of new editions of scriptures. The greatest strength of Hinduism lies in the fact of its being based upon certain eternal truths, rather than on a personality however exalted he may be. These truths are such that they can be verified by anybody at any time.

Tags: What Every Hindu Ought To Know
Share14TweetSendShare