BRITISH DEMOCRACY: THE MIXTURE OF MONARCHY AND THEOCRACY 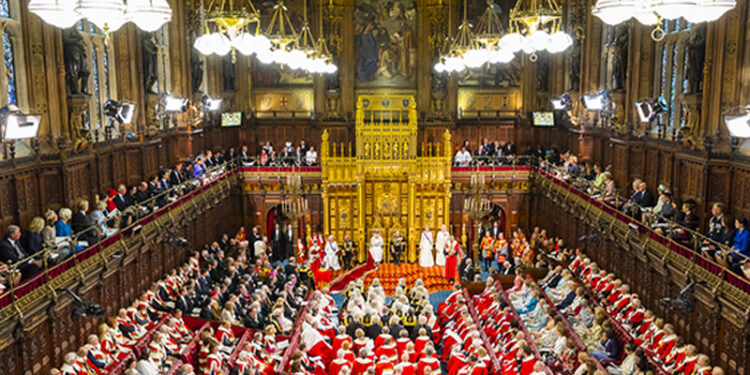 The British democracy is oriented in monarchy and it functions under the surveillance of Anglican Catholic Church. A statecraft rooted in monarchy and guided by church and theocracy can never be considered as a model for democratic governance. The British monarch is not the part of democratic process, though, Her Majesty is the head of the legislature, the ultimate executive, the commander in chief of the British military including, army, navy, and air force. The queen is the head of diplomatic and secret service and she receives the intelligence before the prime minister does. The monarch is the head of the church of England which has its own legislature, executive and judiciary. Moreover, she is the head of the judiciary of England and the monarch cannot be prosecuted in criminal offences. The bishops are appointed by the monarch from a list of persons selected by the church commission and recommended by the prime minister. The prime minister has to meet her in person, once in every week, to brief the nature of his administration and to get advised by her majesty. The elected prime minister can be punished by a court of law but the anointed monarch should not be punished by judiciary even if she commits a murder. The rule of law governs the British, but Her Majesty is above the law.

The United Kingdom does not have codified constitution. They claim that, British Constitution is the product of history and the result of evolution. The British constitution depends more on conventions and precedents than on written law. Conventions and precedents are the results of convenience of a group who enjoyed power and wealth rather than the judicious convictions of the general public. The rule of law, according to the British parliamentarians, is the greatest contribution of the British legacy. But the mighty monarch is not subjected to rule of law as, she cannot be implicated in criminal offences. The monarch has not been democratically elected but inherited by heredity. There are the House of commons consisting of members elected by the people and the house of lords consisting of members appointed by the monarch. There are two groups among the members of the house of lords namely, ‘the right honorable lords spiritual and temporal’ of the United Kingdom. The lord’s spiritual includes 26 bishops belonging to the Anglican church and the lord’s temporal include 92 members belong to hereditary peers. In democracy, the merit and ability are the qualifications possessed by a person makes him eligible to get a position in statecraft. But in British democracy, it is the heredity is the criterion of eligibility to get any position in the house of lords.

John Locke, the least logically consistent philosopher of the empiricist tradition of the European school of philosophy, provided the metaphysical support to the rare form of democratic practice of the British tradition. Empiricism is the philosophy which believes that, mind is a clean slate and sensory experience writes its impressions on it. These writings altogether constitute knowledge. Locke said that, the knowledge derived from our experience has been classified into two basic categories, namely, the primary qualities and the secondary qualities. The primary qualities are permanent material substrata which are free from change. The primary quality never depends on the nature of the person who perceives it. Hence, it is unchanging. All the qualities which can be experienced by the sensory organs are the Secondary qualities. The secondary qualities such colour, taste, smell etc. are changing from person to person. The logical argument of David Hume, an uncompromising empiricist philosopher, that our sensory experience never gives any proof for the existence of primary quality cannot be denied even by an ardent admirer of Locke. But Locke admitted the existence of primary quality, rejecting his own dictum that, knowledge arises after sensory experience.

Locke applied the metaphysical structure of his empiricist philosophy to political theory by which he could protect the monarch as a permanent and unquestionable political entity as the primary structure of statecraft. At the same time, he retained the elected and selected bodies such as the house of commons and the house of lords as the secondary structure of the democratic governance. If, one accepts democracy as the political practice, then, how is it logically consistent to conceive an anointed monarch with absolute powers, who has not been elected by the people, as the head of the state. As a philosopher, who propagated the epistemological dictum that knowledge arises after experience, he has no logical warranty to admit the existence of primary quality without having any sensory experience. But he had no hesitation to violate the basic dictum of empiricism to present a system of thought acceptable to the British. As, a political thinker, he could make use of his philosophy suitable for the admission of the anointed monarch as the head of a democratic state ignoring the basic fact that monarchy and democracy cannot go together. Naturally, Locke could satisfy the British psyche providing a political philosophy suitable to protect monarch as the permanent entity of the British kingdom and the houses of parliament as the changing political entities.

The operational part of the British democracy has been described as debate, dissent, and decision by the theoreticians of the mother democracy. The presentation of a topic, analysis of its content, identification of the pros and cons and then the debate on it have been the modus operandi of the functioning of democracy in all democratic statecraft which follow Hellenism and euro-centrism in the definition and practice of democracy. At least there would two groups in the house of the people namely, the treasury bench and the opposition. Usually the two groups are in battles every time inside the house on the presumption that their primary duty is to oppose each other. Sir William Ivor Jennings, a British lawyer and academic, who was known for his scholarship in the British constitutional law, had drawn the road map of democratic functioning in Great Britain and some of the countries of the Common Wealth. He institutionalized the debate, dissent, and decision theory of the democratic practice. Incidentally, Nehru suggested the name of Jennings to chair the drafting committee of the constitution of India. But Gandhi opposed it and proposed Ambedkar. Fortunately, the members of the constitutional assembly accepted the proposal and elected him as the head of the drafting committee. Thus, Gandhi redeemed Indians from the shadow of the eternal shame of the blatant enslavement to the euro-centric intellectual hierarchy of the British academics even in drafting a constitution for independent India.

Hellenism believes in the bifurcation of everything in the world into binaries namely one and many, change and permanence, time and space, body and mind, individual and society, state and the subjects, god and man, good and bad etc. The European wisdom is only an offshoot of Hellenism and it followed the theory of bifurcation when it drafted the rules regarding the democratic governance and administration. They defined democracy as the government of the people, for the people and by the people excluding the rest of the world from the sphere of democracy. They made acts and rules for the human beings alone neglecting the rights of the other beings and non-beings. The Hellenism accepts the supremacy of humans on earth as, they are the only beings gifted with rationality, according to the Aristotelian definition of man as a rational being. The euro-centrism uplifted the status of man, accepting the scientific imagination of Charles Darwin who placed human beings at the highest step in the ladder of evolution. The prophetic religions of European tradition conceive that god created only human beings in his own image and appointed human beings to rule the rest for and on behalf of god. Naturally, the euro-centrism believes in anthropocentrism. Anthropocentrism propagates the idea that man is the center of the universe. So, they accepted an anthropocentric definition of democracy and they imagined that, democracy is the debate between the treasury bench and the opposition to protect the interests of human beings.

Democracy can be defined as a dialogue by the multitudes. There is great difference between debate and dialogue. The aim of debate is to argue and win and the aim of dialogue is to know and be known. A debater always aims at the victory over the other using his oratory skills by fair and foul means. Truth is the first causality in every debate as the debater wants to get victory over the other. The oratory skills of Mark Antony, a Shakespearean character in the play Julius Caesar, who won the battle in the senate against Brutes, is the classic example for the burial of truth in a debate. Brutes made it clear in his speech with the minimum words, ‘not that he loved Caesar less but that he loved Rome more’. But Mark Antony could conceal the factual certainty of Brutes by his oratory skills and could ensure his victory in the debate and death of Brutes. The dialogue, on the contrary aims at the revelation of truth by the process of knowing and be known. Nobody gets defeated in a dialogue as everyone shares his mite with the rest. Democracy should never be conceived as a battle of victory and defeat but as a dialogue of peace and harmony. But, unfortunately this aspect of democracy is unknown to the euro-centric traditions of democratic governance.