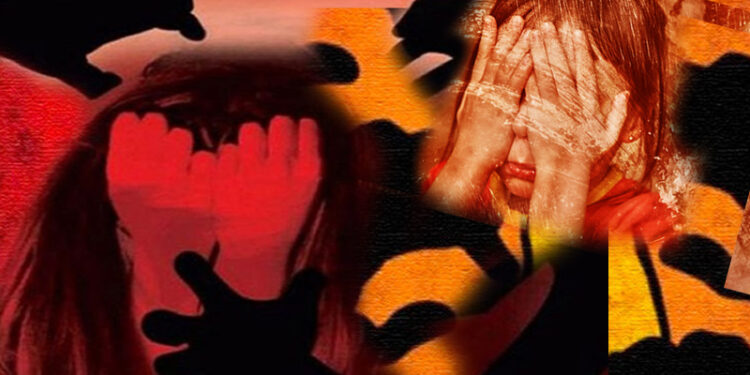 In a shocking incident at Thiruvananthapuram, the capital city of Kerala, a woman was gang-raped by her husband and his friends in the presence of couple’s son. The incident happened on fourth of June at Puthukurichy under Kadinamkulam police station limits on the outskirts of capital city. The 25-year-old woman was allegedly forced to drink liquor and was sexually assaulted by her husband Ansar and a few others in front of her five year old child. Police has charged case against seven people including the victim’s husband. The accused are Ansar, Mansoor, Akbar Sha, Arshad, Noufal Sha, Rajan Sebastian and Manoj. A case under Protection of Children from Sexual Offences (POCSO) Act has also been registered.

As per police, Ansar took the victim and their two sons from his house in Pothencode to Puthukurichy beach around 4 p.m. on Thursday. They were later taken to Ansar’s friend Rajan Sebastian’s house nearby, where they force-fed the woman with liquor. The husband left the house with the younger son and the others. Some of them returned and misbehaved with her. Even though she tried to escape with her elder son, the gang prevented it and took her to a deserted location in Channankara where she was sexually assaulted, burnt with cigarette butts and raped  in front of her five-year-old son. The child was also manhandled by the gang.

The incident has triggered mass outrage and is highlighting Kerala’s Leftist government’s inefficiency . There are media reports and allegations that CPI (M)leaders are trying to save the culprits. The main accused Noufal is an in-law relative of Noushad who is a CITU leader. The left-Islamic connections are also getting unveiled after the incident.  When Chief Minister Vijayan who also handles the State Home Ministry tries to portray Kerala as No. 1, these shocking incidents raises serious questions and shows the real situation of the State.